The revolution always eats its own children

History shows plenty of radicals who pushed too hard. We have plenty on today’s world stage 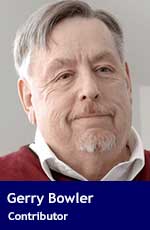 In the summer and autumn of 1789, the French National Assembly overturned 1,000 years of law and custom to produce a modern constitutional democracy.

The Declaration of the Rights of Man and of the Citizen spelled out all the new conditions of civil life: the abolition of feudalism and aristocratic titles, freedom from arbitrary arrest, freedom of expression and religion, the presumption of innocence and the guarantee of the rule of law.

This astonishing circumstance was achieved almost without bloodshed but that was soon to change.

It’s easy to start a revolution but it’s very difficult to stop one; almost always it will become more radical.

Soon the assembly turned on the Catholic Church, seized its property, abolished monasteries, severed its ties to the pope, and required all clergy to swear allegiance to this new national religious institution and become state employees.

This disquieted many, forced loyal Catholics underground, and prompted a flood of exiles from France who took refuge in neighbouring monarchies, where they plotted to return and overthrow what became known as the French Revolution.

This drove the revolutionaries to even more radicalism. The royal family was placed under arrest, war was declared on foreign powers, and the army was used against opponents in the countryside. Mobs were encouraged by rabid journalists such as Jean-Paul Marat to use violence against enemies of the revolution.

All across France, prisons were opened and thousands of priests, nobles and moderates were dragged out and massacred. In September 1792, the monarchy was abolished and a republic established.

In order to safeguard this new state, a Reign of Terror was instituted. The king and queen, Louis XVIII and Marie Antoinette, were guillotined, tens of thousands of others were similarly beheaded, drowned, beaten to death or shot.

The faction in control of the assembly was called the Jacobins, after a club where their leaders met. Not content with murdering the old ruling class, these Jacobins, such as Maximilien Robespierre, turned on their fellow revolutionaries who were either too radical (such as atheists) or not radical enough (those who had called for a slowing down of the terror.)

It’s an iron law of history that the revolution always eats its own children – as proven time after time in the centuries since.

Eventually the terror became too arbitrary and unpredictable and those in elite circles of the revolution felt that they had to kill Robespierre and his supporters in an act of pre-emptive self-defence. Soon the guillotine dispatched the Jacobins and the revolution became more conservative, until at last France was taken over by a military dictator named Napoleon Bonaparte.

The failure of, and the horrors produced by, the Jacobin policies has led to the name being applied to radicals of any nation who are blinded by zeal and are heedless of any consequences, so long as their particular revolution is allowed to become ever more radical.

Nonetheless, the word has been revived by leftists impatient with the democratic process, anxious to hurry humanity along the path of change, and proud of being associated with Robespierre and the Reign of Terror.

Who would be accurately termed a Jacobin today?

Greta Thunberg, certainly. She’s quite content that modern industrial society be brought to a halt and the world returned to a pristine greenness capable of supporting only a few million humans across the planet.

Politicians whose stock answer for any problem is tax the rich.

University students and professors who de-platform opponents or incite mobs to shut down their lectures.

People who feel it’s right to harass politicians’ families, interrupt their dinner in restaurants or shoot them when they’re playing softball.

The next time you’re sputtering in rage about yet another senseless act, feel free to look your opponent in the eye (or on TV) and mutter: “Jacobin!”

Then walk away to do something pleasant in your life.

One Response to "The revolution always eats its own children"