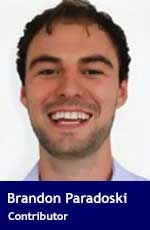 Over the last two years, Canadians have been told to “trust the science” without raising a question.

Despite reasonable concerns, the evidence from Pfizer’s and Moderna’s randomized controlled trials (RCT) showed that for every 103 deaths in the vaccinated group there were 100 deaths in the unvaccinated group. The claim that the vaccine is 95 per cent effective is based on PCR results and not on the severity of the disease or the death of the patient.

This evidence doesn’t even consider Pfizer’s RCT results, which now face a legal challenge of fraud, which may indicate that the results of the RCT studies are false.

But according to the U.S. Centers for Disease Control and Prevention (CDC), after three months the effectiveness of the vaccination drops to zero against omicron. Without getting into the concern that the lipid nanoparticles travel to various organs, such as the ovaries, heart, and spleen, or that more deaths were associated with these vaccines over the last two years than with all other vaccines combined since data collection began in 1990.

Equally problematic is that the Federal Drug Administration (FDA) in the United States wouldn’t release Pfizer’s safety data for another 75 years. Thank goodness a court ordered the company to release the data as soon as possible.

Preston Manning is now beginning to ask questions about the Canadian government’s COVID mandate. In his fictional report  “Report of the COVID commission,” Manning describes the dramatic evolution in the public opinion of Canadians from following health-care edicts when the pandemic first began to demanding an investigation into the federal government’s mismanagement of the health care crisis by the middle of 2022.

Manning admits that he is in a high-risk population (80 years old with lung disease), and he followed all health directions, including taking three Pfizer shots, but he still got COVID-19. As a consequence, he realizes the limitations of the COVID policies. In his report, Manning describes the change in the public’s opinion beginning with the use of the Emergency Measures Act during the “Freedom Convoy.”

In Manning’s opinion, the public believed that the simplest and most effective approach was to end the vaccination mandate much sooner rather than creating divisions in the population by slandering Canadian truckers as “racist” and “misogynist” and using tactical squads to trample their rights while freezing their bank accounts. In Manning’s account, the Freedom Convoy morphs into a Common Sense Coalition that asks a number of important questions:

In Manning’s depiction, theCOVID Commission is asked to answer 16 key questions regarding the Canadian government’s mismanagement of the pandemic. Here are a few that I found particularly intriguing:

Manning’s report is both brilliant and prophetic. Clearly, public opinion is rapidly changing on the government’s COVID mandate. As Manning points out, the Trudeau government is scrambling in an attempt to change the narrative away from their mismanagement.

I agree with Manning that a comprehensive investigation is needed into the federal government’s COVID policies which led to lives ruined because family members lost jobs, lost access to educational programs for students and stunted childhood development. Trudeau’s policies has led to massive inflation and an economic crisis and Canada may be going into a looming food shortage resulting from the shutdown. Suicide increased, mental health skyrocketed, and alcohol and drug abuse became endemic.

An unknown number of Canadians have been and will continue to be injured by this mandate.

So everyone – like triple-injected Manning – could travel by airline but still get and transmit the COVID virus anyway?

Manning argues that, regardless of their political views, Canadians must have a comprehensive and fair inquiry into the federal government’s response to the COVID pandemic. In the conclusion to his fictional report, he asks readers to get involved by writing to MPs and MLAs.

But before you do that, you must read this report for yourself.

Brandon Paradoski is the vice-president of the advocacy group Students Against Mandates. This commentary was supplied by the Frontier Centre for Public Policy.

Brandon Paradoski has a degree in Biochemistry and is enrolled in the master of science program in Immunology at the University of Manitoba.