Why it’s so hard to improve our health system 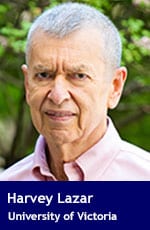 Canadians weren’t always as concerned about the state of their healthcare system as they are today.

While polls over the last decade or so have found that healthcare is the top priority among Canadian voters – and the policy area in which governments often score most poorly – in the 1980s worries about healthcare barely registered in public opinion data.

It’s not a lack of money. Health spending continues to be a spending priority.

It’s not the performance of individual healthcare providers, especially when there is an urgent and acute need. Canadians are generally satisfied with quality and the timeliness of the care they receive in critical situations.

On other health-related matters, however, the reviews have been less than impressive. The Commonwealth Fund International Health Policy Survey (2010) found that, of 11 OECD countries surveyed, Canada fared worst or second worst in several access-related areas, including:

Of course, the slow response to the growing need for chronic care has also been apparent for some time, despite its predictability.

None of these concerns are new, however. They have been documented in the 2002 Romanow and Kirby Reports and, before them, in the reports of many task forces, advisory committees and commissions. Yet, here we are, decades later, and these issues have still not been adequately addressed.

Why is it so hard to reform healthcare policy in Canada? The answers to this question – which my colleagues and I posed in an examination of 30 health reform case studies – are not heartening.

Our study indicates that, by and large, it is self-interest among vested parties that has led to mostly meagre health reform across the country. Among them:

1)     Provincial medical associations, which have been able to protect physician interests, in some cases by keeping the health reform window shut, in others by persuading governments to advance their goals through incentives rather than through regulation.

2)     Nurses and unionized hospital workers. Their support for the not-for-profit hospital sector against competition from privately-run hospital corporations has had the effect of halting discussion of any possible real reform outside the current model.

There were, of course, a few exceptions to these broad findings. In cases of newly elected first-time governments, there were some instances of significant reforms, although these were largely within the existing medicare framework.

In a nutshell, provincial medical associations, other healthcare provider bodies, the labour movement, and the general public all prefer the arrangements that we created a half-century ago rather than to undertake reforms with an uncertain outcome.

What does that mean for health reform going forward?

It means that the chances of reform on a very large scale – the proverbial big bang – are slim at best. It took the Great Depression and the Second World War to create the political climate in Canada that enabled a new innovative postwar social contract among Canadians in the form of medicare. Without some sort of insurmountable disruptive force, either a major shift in medical science or technology or a catastrophic economic or political crisis, fundamental health policy reform in Canada in the future remains unlikely.

Harvey Lazar is adjunct professor at the School of Public Administration, University of Victoria. His co-edited book, Paradigm Freeze: Why it is so Hard to Reform Health-care Policy in Canada was published by McGill-Queen’s University Press.

Harvey Lazar served as director of the Institute of Intergovernmental Relations from January 1997 to June 2005. Previously, he had a long career in the Canadian Public Service, including assignments as Deputy Chairman of the Economic Council of Canada (1986-1992); and Senior Assistant Deputy Minister, Strategic Policy, Human Resources Development Canada (1992-1995). Dr. Lazar contributed to a number of major research reports during his years in Public Service, on such diverse topics as retirement income policy, social policy, labour market development, financial institutions and foreign investment policy. He is currently the Senior Research Associate, Centre for Global Studies and Adjunct Professor for the School of Public Administration at the University of Victoria.