Are women’s marches a step back? 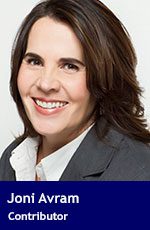 Women’s marches were held around the world recently, with more than one million people taking to the streets to highlight the gap in gender equality. Their stated purpose is to get more people politically engaged. To that end, they’re no doubt working. But what if that goal comes at too high a cost? One that actually undermines the equality they seek?

These marches set up a main premise: that gender bias against women remains widespread, entrenched and systemic, despite progress over the last several decades.

But is it possible that by highlighting the disparities that remain, and incorrectly assuming the cause (that society is inherently misogynistic), we’re entrenching the very problem we’re trying to resolve?

Perhaps the language around gender equality is stuck on the wrong note. Tinna Nielsen (an inclusion expert) has argued that if we want gender equality we should stop talking about gender equality. Her point is that certain language triggers feelings of shame and alienation (in men and in successful women) that resists inclusion.

Likewise, social norms theory suggests that our behaviour is influenced by how our peers think and act. It’s true that we live in one of the most egalitarian communities anywhere. And it’s also true that disparities exist. Yet we focus on the disparity, and assert that sexist thinking is alive and well. By doing so, we give others permission to imitate that behaviour and entrench (and even grow) the pockets of bias that persist.

Likewise, we should be careful about concluding that gender pay gaps are proof of systemic gender bias. According to social scientists like Jonathan Haidt, disparate outcomes don’t imply disparate treatment. They do invite investigation about the other social influences that lead to pay gaps. Combined with the potentially debilitating effect on women’s personal initiative and sense of self-efficacy that comes from being told that the cards are stacked against us, this narrative may actually undermine our individual progress.

Although counter-intuitive, focusing on what’s right with gender dynamics rather than what’s wrong might produce better outcomes for women and girls.

What else should we do?

We should help women overcome the very real challenge of balancing work with child raising. Many capable women give up their careers because they can’t figure out how to do it all. Let’s provide significant tax incentives to moms who work and to mom-led businesses, to recognize both the economic and social impacts of child rearing.

We should help women entrepreneurs gain access to venture capital by establishing relationships with those in the world of finance. We should also provide incentives so more women who are capable can establish and lead professional firms in traditionally male-dominated fields like engineering, law and technology.

There’s an untapped opportunity to establish women-led professional firms that not only lay claim to a unique niche in the market, but also promote a unique culture that enables more flexible hours and job sharing.

We should better equip girls in understanding entrepreneurship and value creation. The earlier we can help them make a case for themselves and their ideas, the more confident and capable they will be (at work and elsewhere). Let’s teach negotiating skills to help them ask for, justify and get higher pay. And let’s teach continuous learning to not only help them improve their personal and professional lives, but to maintain their earning potential as they age.

We should vigorously address roadblocks (like access to post-secondary education and health care), and support the hell out of community agencies that encourage strong and healthy families, address poverty and protect against family and sexual violence. We should help more businesses see their potential for creating both economic growth and positive social change.

And we should find more ways to inspire the voluntary distribution of wealth through corporate and personal philanthropy – because the more we try to coerce wealth transfer rather than encourage it through incentives, the more resistance we will build.

Finally, we should oppose policies that aim at fairness but in practice divide, marginalize, shame, blame, limit personal initiative, and stifle talent and achievement among one group in order to produce it in another – as if the only way for some of us to get ahead is for others to be held back.

When it comes to inclusion, our actions matter as much as our words. If we’re careful with both, we have a much better chance of achieving the inclusive community we’re all marching toward.