This World Health Day, Canada has much to be proud of, but much more can be done to address a variety of health issues with worldwide implications 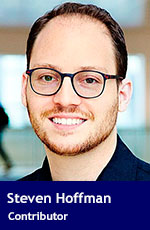 Friday is World Health Day, which should remind us that the health of Canadians is interlinked with the health of people everywhere.

Canadians know this best. In addition to being the “globalization nation” of immigrants and travellers, we’ve had a stake in nearly every major global health threat of the last two decades.

Many Canadians’ first encounter with a global health threat was the severe acute respiratory syndrome (SARS) outbreak in 2003. It was caused by a virus that originated in China and spread around the world. Toronto was hit particularly hard with a travel advisory slapped against the city.

Nor will Canadians forget the recent Ebola outbreak – for better and worse. While we fortunately had no cases in Canada, it was front-page news for most of 2014-2015 and we closed our borders temporarily to people from West Africa.

Today, the threat is Zika. This virus, which has most recently erupted in South America, has been found to cause debilitating microcephaly in babies. We’ve had 478 travel-related Zika cases in Canada – so far. With summer travel looming, many more cases are expected.

If the threat of pandemics wasn’t enough, our nation also faces heightened risks from antimicrobial resistance where disease-causing bugs become immune to the drugs available to kill them.

Canadians also face an avalanche of fact-free misinformation on the Internet and social media. It can spread faster than the fastest pandemics through the Twitter accounts of celebrities like Jenny McCarthy and Gwyneth Paltrow.

There is good news, though.

Canadian researchers have built a strong foundation for mobilizing scientific efforts to respond to global health threats. With support from the Canadian Institutes of Health Research (CIHR) and other funding agencies, Canada has made scientific contributions to global health that have been celebrated internationally.

For example, Canada spearheaded critical research in developing an Ebola vaccine – both in its original development at our National Microbiology Laboratory and in conducting the innovative trial in West Africa that showed its effectiveness in protecting people against the virus.

Today, through CIHR, we are funding three Canadian teams to work with researchers in Latin America and the Caribbean to answer key questions about the Zika virus and how it spreads.

Canada is also helping to tackle the worldwide rise of non-communicable diseases as a member of the Global Alliance for Chronic Diseases. Through this alliance, we’re funding research projects on hypertension, diabetes and lung disease that will help low- and middle-income countries prevent or manage these chronic diseases.

Canadians can be very proud of these accomplishments. They are wins for Canada and wins for the world.

But we have so much further to go.

As the world gets more interconnected, we’ll depend more on research to learn how to improve the health of all – and that dependence means an increasing need to invest in this area.

Whether it’s developing new vaccines, researching the health effects of climate change, or finding ways to ensure antibiotics remain effective against deadly pathogens, global health research benefits Canadians and is key to solving collective health problems. The challenge is to build greater public support for such global engagement and to continue growing this research field within Canada.

The recent federal budget was generally good news for health with targeted research investments in two areas: climate change and substance misuse. As a researcher, I’m pleased to see the value Canada is placing on tackling global health challenges that so desperately require a global effort.

But the world needs more Canadian global health research. We all need to mobilize to act on that need.

Steven J. Hoffman is the scientific director of CIHR’s Institute of Population and Public Health and an associate professor of Law, Medicine and Public and International Affairs at the University of Ottawa. World Health Day, April 7, is an annual global awareness campaign led by the World Health Organization.