In the odds and sods category, hunch weather is windy and drizzly, so much so that one has to hunch over just to walk 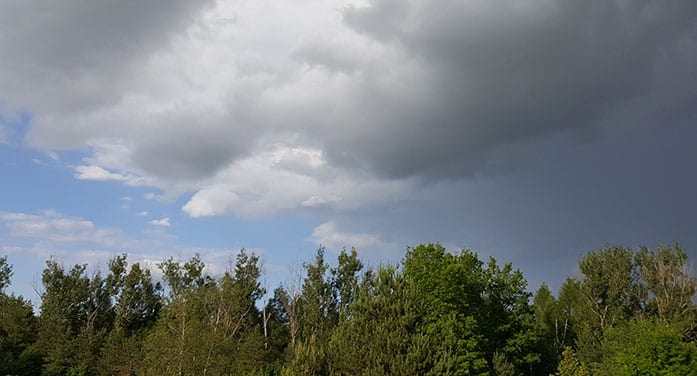 You’ll recall I talked last column about some unusual words to describe weather phenomena. I thought I could share some more I’ve discovered.

Storm chasers will know that derechos are winds that strike in straight lines and often accompany thunderstorms. The damage they cause is from a downdraft where the winds rush toward the ground, then fan out on impact, causing lateral damage.

Tornadoes can be referred to as twirlblasts, while sheet rain is called a pikel.

A zephyr is a gentle breeze. The name is derived from Zephyros, the ancient Greek god of the west wind.

Messengers (sunbeams breaking through a thick cloud), catatumbo lightning (named after a phenomenon originating in the Catatumbo River valley of Venezuela), virgae (precipitation that falls from clouds but never reaches the ground), flanking line (cumulus clouds that stream out from the side of a storm) and wethergaws (rainbows) are terms people might also use to describe features associated with weather.

Now these next few are going to sound like I’m making them up but they’re real according to some reputable sources.

No, I’m not going to tout sharknado as a real phenomenon, but did you know that firenado is a term used by meteorologists, according to the U.S. Bureau of Land Management. It’s a phenomenon created when hot, dry air rises rapidly from the ground, generally as a result of intense forest or grass fires.

In the same vein, AccuWeather describes a gustnado as a short-lived, swirling wind that may form along the leading edge of a severe thunderstorm.

Here’s one I don’t even know how to interpret – a bomb cyclone. According to an article by Brittany Bennett on the website www.bustle.com, the Weather Channel defines this condition as “having undergone bombogenesis or bombing-out.” It happens when a low-pressure system drops rapidly, resulting in a bomb-like explosion of winter weather madness. It could cause some intense conditions, including snow, wind and ice.

USA Today goes on to say bombogenesis is a process by which a storm rapidly intensifies. It occurs when a storm’s barometric pressure plummets by at least 24 millibars in 24 hours, which brings strong winds and a rapidly intensifying storm.

Did you know that a drunken forest, according to National Geographic, is comprised of slanting trees? This is reportedly caused by the differential melting of permafrost, where the south-facing side melts faster than the other side of the tree and it subsequently tilts to the sunward side. This phenomenon is also evident when prevailing winds persist and force a tree to grow in the same direction the wind blows. The Group of Seven showcased this phenomenon in many of their paintings.

In the odds and sods category, hunch weather is windy and drizzly, so much so that one has to hunch over just to walk. This one first was coined in the British Isles, where hunch weather is a way of life!

Queen’s weather, on the other hand, will be seen on bright sunny days, much like the kind Queen Victoria always seemed to enjoy when she made public appearances in the 1800s.

A smuir refers to hot and humid weather while, unrelated, a blind smuir is a snow drift. Speaking of snow, a blenky (not to be confused with the blankie one uses to cuddle before a fire) means light snow that will drift down to the ground, much like ashes or cinders. It’s likely derived from the word blenks, an earlier 18th-century word.

A sun-pillar, caused by sunlight reflecting off ice crystals in the atmosphere, occurs when light streaks from the top or bottom of the sun, creating a pillar-like effect.

A mackerel sky is one checkered with cirrocumulus clouds that resemble fish scales. A whale’s mouth cloud is a massive, dark cloud that literally looks like a whale’s open mouth. These clouds arrive after the passing of shelf clouds, also known as an arcus, which show the boundary between a downdraft and updraft of a thunderstorm.

So there you have it – weather can be strange but weather words are stranger! 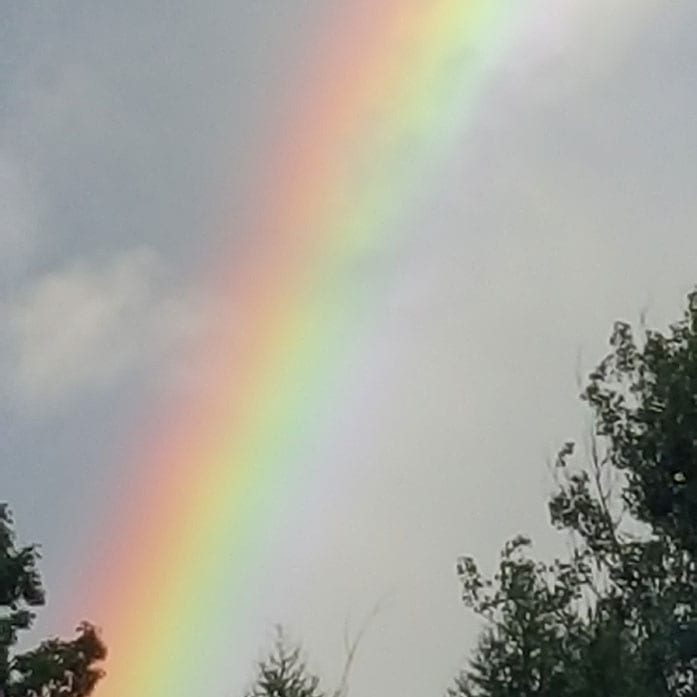 Geoff Carpentier is a published author, expedition guide and environmental consultant. Visit Geoff online at www.avocetnatureservices.com, on LinkedIn and on Facebook.