When sports and politics collide on the social field of play

In fractious times, like today, we need everyone – including athletes – to speak out when they see injustice and inequality 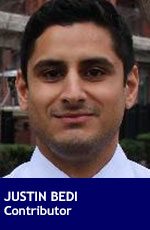 Sports and politics have intersected in nasty fashion, thanks to U.S. President Donald Trump.

Trump withdrew his invitation to the star of the National Basketball Association’s Golden State Warriors, Stephen Curry. He tweeted that Curry was no longer welcome at the White House to celebrate the team winning the NBA championship because Curry was hesitant about attending.

And he called on National Football League owners to “fire” players who kneel during the national anthem. He referred to those players in derogatory terms, and attacked the NFL’s ratings, rules and referees.

So the president, who presumably has more important things to tend to, spent the weekend attacking sports.

It’s not the first time. Trump previously spoke out against NFL quarterback Colin Kaepernick, who has kneeled during the anthem to bring attention to social justice issues in America.

But this weekend may be a tipping point. Professional athletes – including influential people like LeBron James and Kobe Bryant – NFL owners, and the NBA and NFL commissioners, all responded to the president, either through social media or in written statements.

The divide between professional sports and politics was already blurry. Now the wall has come crashing down. Athletes are no longer hesitant to speak out on larger social or political issues, and they have gone so far as to directly address the most powerful lawmaker in America.

The reaction has been mixed. Despite widespread support, there are critics to this movement. And those critics believe athletes should just keep quiet and stick to sports; they’re not interested in what an NBA player thinks about health care, for example.

In more peaceful and moderate times, it might be fair to argue that athletes have no place in social and political discourse, although even then it’s a weak argument: they are as entitled to have and share opinions as the rest of us, although they certainly tend to have access to a broader audience than the average person.

And in fractious times, like today, we need everyone – including athletes – to speak out when they see injustice and inequality.

Professional athletes, particularly star players, have great influence. People idolize James and Bryant; they want to be like Curry; and they are rallying around Kaepernick.

Not everyone can command mass media attention and not everyone who can has the courage to use this power. Star athletes reach different audiences than politicians. Young people, fellow athletes and sports fans who may not pay close attention to politics are suddenly tuned into the conversation because their favourite athlete is speaking out on an issue.

It’s certainly not easy for athletes to speak publicly against the president of the United States. It could hurt them personally, socially and financially. And if they aren’t a star, it could even cost them their career. So it takes incredible courage for athletes to speak out. It’s evidence of their character and their commitment to issues that matter to them.

Even NFL owners are responding to Trump – billionaire owners who don’t appreciate the president’s divisive comments on their sport. At least a dozen NFL owners, league commissioner Roger Goodell and NBA commissioner Adam Silver have responded to Trump’s comments, calling them offensive and disrespectful. The NBA and NFL players’ unions also released statements.

The reaction to Trump’s comments has been widespread and extraordinary.

James, one of the world’s greatest athletes, called the U.S. president a “bum” on social media. That’s unprecedented.

If the president can talk about anything he wants – including professional sports – and do it in an attempt to influence people and businesses, then athletes should have the same right.

Kneeling or otherwise, they’re in a great position to be heard.

Justin Bedi is a policy analyst and writer. He’s writing a book on sports business and economics in North America.