“Pipeline disputes will continue to hamper energy investment however transportation and warehousing sectors are expected to excel in the near term. Two interest rate hikes are projected in 2019 and investing in the market is expected prior to rate announcements. The two elections (federal and provincial) in 2019 will ultimately influence the economy but activity is expected to be business as usual; maintaining a slow recovery over the year,” said Cushman & Wakefield. 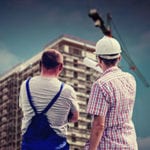 It said 1.5 million square feet of additional industrial real estate is expected to open over the course of 2019.

“Despite the new supply, vacancy rates are forecast to continue to decrease through strong levels of leasing activity and absorption. Cushman & Wakefield forecasts a measured strengthening in rental rates across all markets over the next 12 months with a continuing slow recovery from 2016 lows,” the commercial real estate company added.

Total absorption – the change in occupied space – was negative 217,000 square feet in the fourth quarter of 2018, largely due to 278,000 square feet of new space becoming available in the southeast, said the report.

While the vacancy rate was down from a year ago, it rose from 7.1 per cent in the third quarter of 2018.

“The future availability rate (which includes product set to become available in the next six months) has decreased from 10.1 per cent to 9.3 per cent, suggesting higher leasing to begin 2019. Leasing activity was 2.3 million square feet in the first quarter of 2018 and it appears 2019 will begin with similar strength,” said Cushman & Wakefield.

“Net lease rates remained stable in 2018 and landlords’ incentives have been decreasing as vacancy concerns diminish. Asking rates appear to have bottomed out early in 2018 and currently are trending back upwards. Operating costs, however, have increased due to increased taxation of suburban land.”