New restaurant to open in Bearspaw 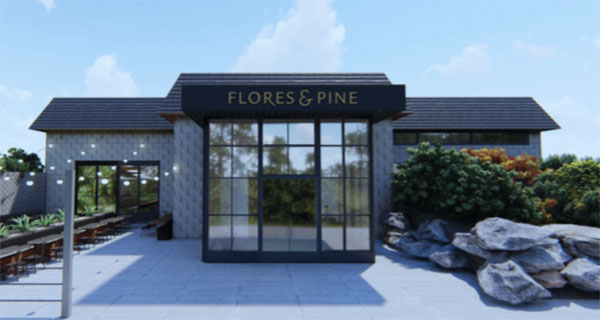 A contemporary restaurant will open in the coming weeks at a popular site in Bearspaw.

The Bears Den closed in January 2018 citing conditions in the industry, including a continuing poor business environment, and changes in the minimum wage and statutory holiday pay requirement.

The location, under new ownership, is being completely renovated into a new concept. Flores & Pine expects to open by early July at its location just outside Calgary city limits on Crowchild Trail and Highway 1A.

Mahyar Khosravi, an owner of the new eatery, told Calgary’s Business the restaurant can best be described as “rustic contemporary Canadian with some global influences.”

“It’s elevated but comfortable food – familiar food. Sustainable ingredients, good quality, consistent and the rustic part of it goes back to the wood-fired cooking and a lot of the more rustic basic types of cooking but very elevated,” he said.

“The idea is to create something for the community that they can enjoy and the community not just Bearspaw itself but really the surrounding communities from Cochrane to Tuscany to Royal Oak – north Calgary in general. 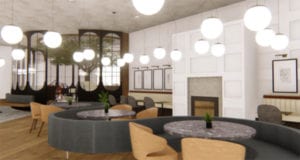 “Because we live in Bearspaw ourselves, creating something from the community for the community because when (Bears Den) closed it kind of left a big void in the community. Revitalizing the community in this economy, trying to hire local as much as possible and truly local from the community as much as we can, or close by, to use local suppliers, local vendors and give Calgarians a place to come out as a destination. … The whole theme of it is linger longer.”

The restaurant will have concierge and membership programs, as well as delivery.

When asked why he would open a new restaurant in this economy with many establishments struggling and some closing their doors, Khosravi replied: “Well part of it was to show that even in this economy and in the macro conditions that exist, that things aren’t all bad. You can still create businesses. You can do things. And to also show that if you create the right atmosphere, the right setting, the right offering, people do support it.

“So far, even though we’re not open yet, we’ve had tremendous support from the community and from Calgarians. So we’re really hoping to show that there are still glimmers of good news in this economy.”

The establishment will have a main dining room with an atrium, outside patio area, event centre and bridal suite. More windows have been put in to make it brighter.

“We’ll be hosting a number of weddings in our event centre,” said Maria Martiniello, business development and sales manager for Flores & Pine. “Upstairs holds a beautiful bridal suite so that the bridal party has a beautiful spot to come, prepare, get ready.

“From a capacity standpoint, the (event centre) will hold up to about 136 people. When we have weddings, we have this great outdoor patio place that will be three seasons. It will have fireplaces, heaters. And the most amazing thing from a design element, it has retractable screens so that if the dust kicks up or the elements change as it does in the Calgary, guests can still enjoy the outdoors without having to come indoors.”

The restaurant name was inspired by Florence “Flores” LaDue, who was the wife of Guy Weadick, who founded the Calgary Stampede.

“When we looked at the city and what really defines Calgary, obviously the Stampede is core to it. So we thought why not do something that goes to the core of who the city is? Celebrate the Stampede and the founding members of it. That’s where the Flores comes from,” said Khosravi.

“It also has a nice little play with the word flower, of course, for the natural setting we’re in and the Pine from the trees.”