We know what a world without fossil fuels looks like – we used to live in it. It was cold, poor, dark, ignorant, starving and backwards 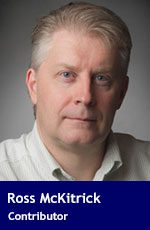 West Coast Environmental Law, an advocacy organization based in Vancouver, has persuaded a group of British Columbia mayors and city councillors to write threatening letters to major oil and gas companies.

The letters demand the companies pay large arbitrary sums to compensate for a list of supposed harms associated with greenhouse gases from fossil fuel use.

If these mayors and councillors really believe their climate catastrophe rhetoric, they’re free at any time to stop using fossil fuel in their personal lives. But of course that isn’t going to happen. They enjoy as much as anyone the benefits of reliable, inexpensive fossil fuels.

Unfortunately, what they also seem to enjoy is thuggery. They’re using the authority of their offices to bully people who work in lawful, productive industries, attempting to extort cash from those companies based on ludicrous claims.

Let’s suppose the strategy works. Why stop at fossil fuels? Think of all the other businesses they could shake down.

Everyone knows eating food is the root cause of obesity. Look at all those grocery stores encouraging people to consume more than is good for them. Let’s hit them up for all the costs of diet-induced health problems.

And we all know wine contributes to alcoholism. Think of those B.C. wineries pushing their poison, knowing perfectly well how drinking harms public health. Nail them.

Before I go putting any more ideas into the heads of these mayors, let’s clarify the flaw in all this. Life consists of choices that carry both benefits and costs. We try to choose the ones that, on balance, yield greater benefits than costs. This is true of everything: eating, drinking, getting around, etc.

Society long ago sized up fossil fuels and decided, correctly, that the benefits vastly exceed the costs.

From the very beginning of the Industrial Revolution, we’ve known that fossil fuels have downsides, including air pollution and greenhouse gas emissions. But again, the gains from their use are far greater and we have accepted the bargain, gladly and almost unanimously.

We know what a world without fossil fuels looks like – we used to live in it. It was cold, poor, dark, ignorant, starving and backwards. And it had its own environmental problems, including intense deforestation and air pollution as people relied on wood for fuel.

After more than a century of enjoying the immeasurable net benefits of fossil fuels, these tinpot mayors now want energy companies to reimburse cities for alleged costs (their precisely calculated climate damages are scientifically nonsensical, but leave that aside).

What they’re saying is they want to rerun the last 150 years of history and back out the net effects of fossil fuels.

Okay, then the first step is for the cities to repay the energy sector for all the social, economic and environmental benefits they’ve reaped from a reliable and abundant supply of fossil fuels.

But, of course, they only want to charge back the costs while keeping all the benefits. These mayors live in an infantile dream world with only pluses, never minuses. Upsides and never downsides. And actions yield only risk-free benefits with no costs.

Nor is there any basis for claiming that fossil energy companies were secretly concealing knowledge of climate risks. In 1984, CBC ran a documentary called The Greenhouse Effect and Planet Earth. It’s remarkable to watch now, 35 years later. All the themes of today’s discussion are laid out. Scientists agree on the basic mechanism but are unsure of the pace and severity.

It’s infeasible to give up using fossil fuels any time soon, so we’d better learn to adapt. While activists worry about catastrophic predictions, expert assessment of the impacts suggests there will likely be benefits – and costs.

This is obvious to everyone except, apparently, a bunch of mayors and town councillors in B.C.