The Canadian economy is at the precipice

From uncertain trade talks to lack of affordable housing to rising interest rates to government debt, the warning signs are rising 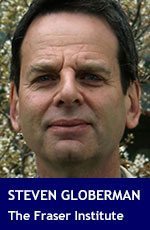 If the United States and Canada renew NAFTA, the outlook for Canada’s economy will obviously improve relative to the current state of uncertainty.

Conversely, a collapse of bilateral negotiations, and imposition of tariffs on Canadian auto exports to the U.S., would seriously damage prospects for the economy and the stock market.

Since U.S. President Donald Trump’s election, serious and long-term damage has been done to the bilateral economic relationship and consequently to business confidence in the Canadian economy.

Over the next two-plus years at least, a U.S. administration hostile to free trade – and to its trade relationship with Canada – will be in power. The political uncertainty surrounding potential trade actions against Canada, with or without a NAFTA agreement in place, will suppress business investment in Canada.

Over the past few years, robust construction activity in the residential housing sector has buoyed the Canadian economy. This asset category accounted for about 28 per cent of total capital investment in Canada in 2014 compared to 34 per cent in 2017.

Housing affordability in Canada is already stretched in Toronto and Vancouver and will become even more challenged with rising mortgage interest rates. Higher prospective interest rates in the U.S. imply higher rates in Canada, and the increase in Canadian mortgage rates will be sharper than markets currently expect if the Bank of Canada increases short-term interest rates to oppose a tide of selling in the Canadian dollar (triggered by Canada’s exclusion from a North American free trade deal).

Moreover, household debt as a share of gross domestic product is at a virtual all-time high of around 100 per cent compared to around 59 per cent (on average) from 1969 until 2017. Increases in mortgage rates will hammer the disposable incomes of indebted households, which, in turn, could cause a sharp downturn in consumer spending.

A further decline in consumer spending through a negative wealth effect might occur if housing prices drop significantly in Toronto and Vancouver, a development that might already be underway.

Finally, total private debt as a share of GDP was 267 per cent in 2017, up from 210 per cent from 1995 until 2017. So, in the event of higher interest rates, Canadian businesses will devote significantly more cash flow to paying interest on debt, which will further hurt corporate investment spending.

Any expectation of a significant boost in spending on energy projects seems overly optimistic in light of the indefinite – perhaps permanent – delay of the Trans Mountain pipeline project.

Meanwhile, government debt as a share of GDP, at around 90 per cent, is near the all-time high reached in 1996. While Canadian governments will likely act if a declining housing sector triggers a major economic downturn, rising public sector deficits and debt will constrain those actions.

By itself, an expected slowdown in U.S. economic growth may stunt Canadian economic growth. The combination of high debt levels in Canada and significant economic and political risks creates the potential for a substantial downturn in the Canadian economy, probably accompanied by a significant decline in the Canadian dollar and equity prices. The latter are currently expensive by historical standards, especially based on the cyclically adjusted price-earnings ratio. A negative wealth effect from lower housing prices might be augmented by sharply lower stock prices.

Taken as a whole, the balance of probabilities favour a substantially slower-growing Canadian economy over the next year or two. The chance of Canada experiencing a significant recession is very real.

Steven Globerman is a resident scholar at the Fraser Institute and professor emeritus at Western Washington University.