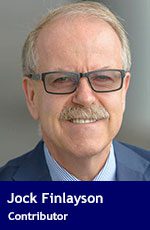 The latest federal budget, delivered in March, contains a wealth of information on the activities of the government, as well as the money it raises for its endlessly expanding array of expenditure, regulatory and income support programs.

This year, the federal government expects to spend $356 billion in total. Roughly $330 billion is allocated to programs and services. The remaining $26 billion consists of interest payments on the government’s accumulated debt.

Federal spending has increased significantly in the past decade. In 2010-11, it stood at $276 billion, meaning expenditures have risen by almost 30 per cent since the beginning of the decade.

Digging deeper into the data reveals that the government depends heavily on a single revenue source: personal income tax. In fact, as shown in the accompanying table, Ottawa gets more than half of its revenues from personal income tax – amounting to more than $170 billion in this fiscal year.

The structure of federal government revenues, 2019-20

*percentage figures are rounded to the nearest whole number

By any measure, that represents a high degree of reliance on a single revenue stream. Canada has the fifth highest reliance on personal income tax among all 36 advanced economies, according to research from the Organization for Economic Co-operation and Development (OECD).

In most other developed countries, national governments are funded with a more diverse mix of revenue sources, including taxes on consumption, payrolls and property.

As the Chartered Professional Accountants of Canada and other prominent organizations have argued in recent reports, the country’s overall tax system has become creaky, inefficient and needlessly complicated. Income tax compliance costs continue to rise for businesses and households. The CPAs say it’s time for a fundamental reboot of taxation.

One key part of fashioning a tax system suited for a 21st-century economy that’s being reshaped by technology is to retool and simplify the increasingly cumbersome income tax system.

As part of broad tax reform, the federal government elected in October should look to reduce the role of income tax in generating revenues to pay for programs and services.

When provincial taxes are added to those imposed by Ottawa, top marginal tax rates exceed 50 per cent in most of the country. The aggregate income tax burden is now excessive for skilled workers, managers, professionals, innovators, top researchers and entrepreneurs. These are the people we need to drive entrepreneurial wealth creation and develop and sustain a productive and competitive economy

Many talented individuals with these kinds of qualifications and experience are leaving Canada or seriously contemplating doing so.

Above all, federal policy-makers should focus on trimming income tax rates while broadening the tax base. The latter means narrowing the use and scope of tax preferences, loopholes and special rules that sometimes allow two individuals with similar incomes and family responsibilities to pay significantly different amounts of tax.

Scaling back the number of complex rules, tax deductions and preferences is a worthy goal in itself. Combined with lower tax rates, an income tax reform package that aims to simplify the system and widen the tax base can help to lay the foundations for a better economic future.

That future would be characterized by faster economic growth and steady increases in productivity and workers’ wages.