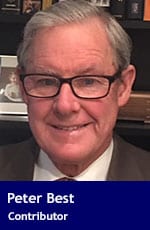 In December 2018, the Ontario Superior Court of Justice released its Restoule decision, which renders Canada and Ontario equally liable to pay the 21 Robinson Treaties bands their “fair” share of all Crown revenue received from sales, leases and licenses, less expenses, derived from treaties-surrendered lands retroactive to 1850.

The court concluded that Canada and Ontario acted dishonourably by in effect unknowingly short-changing the bands of entitlements owed to them. The bands’ court winnings will be in addition to the already substantial non-treaty payments and benefits regularly paid by Canadian taxpayers to them.

This ruling is ill-founded.

The  1850 treaties clearly state that that the bands “freely and voluntarily” cede to the Crown all treaties lands. The treaties neither grant the bands a share of proceeds of the subsequent Crown disposition of lands nor of the resources within them.

There was no evidence before the court that since the treaties were signed, either the Crown or the bands acted as though the treaties were more than what they were – one-time agreements – providing, in exchange for the full and final surrender of the lands, a fixed annual annuity (set at $4 per year in 1875), lands for reserves, and the right to hunt and fish year-round on the surrendered lands.

Relying upon recent Supreme Court of Canada decisions very favourable to Indigenous interests, the bands argued that a proper re-interpretation of the long-ago treaties was that they had only agreed to “share” the lands. They sought a retroactive share of Crown revenues from them. The court agreed.

The court found that, according to the “Anishinaabe perspective and worldview,” the bands thought they were entering into a nation to nation “alliance” – “a reciprocal relationship between independent entities” involving “shared spaces and resources.” Accordingly, as the court ruled, the surrender of the treaties lands in 1850 was really a “gift” to the Crown, given with the “cultural expectation of equal reciprocity” – the sharing of the future proceeds of the Crown development of the lands.

The court further ruled that, properly re-interpreted, the treaties were not “one time agreements” after all. They were actually “future oriented agreements situated within an ongoing relationship,” which relationship needed to be “reviewed” and “renewed” as circumstances change. The total absence of complaints by the bands about not getting their “fair share of the lands” since 1850 should not be held against them, the court held, because of the “honour of the Crown” doctrine.

It defies common sense and historical knowledge to think that in the midst of all the cultural mixing and borrowing that took place between Europeans and Indigenous in the 200-year period before 1850 that the Indian band signatories did not understand the treaties in the same way the Crown did.

And the court’s decision ignored and overturned over 150 years of conduct on the part of both treaties parties that confirmed their common intention that it was indeed a one-time agreement. The economic development of northern Ontario has been and remains based on this conduct. Rights and interests, public and private, have been based on it.

Unless overturned on appeal, this ruling will be a strong precedent encouraging other Indigenous treaties in Canada to be challenged on similar “Indigenous perspective and worldview” grounds.

This ruling prevents these anachronistic treaties from ever becoming civically vestigial. It contemplates an infinite, never stable, ever-changing, race-based relationship between Canada and Indigenous Canadians. It’s demoralizing for all Canadians who believe in a true, civic coming together of all Canadians, regardless of ancestry.

This ruling should be appealed. And our politicians should start thinking along Nelson Mandela’s vision of “one set of laws for all,” to better bind Indigenous and non-Indigenous Canadians together, instead of further dividing us.

Peter Best is a lawyer in Sudbury and author of There is No Difference, which argues for the abolition of the reserve system and special race-based laws and entitlements for Canada’s Indigenous. (www.thereisnodifference.ca). This column was written for the Frontier Centre for Public Policy.