Vaping comes with serious health risks, just like other tobacco products, but the Ontario government doesn't seem to care 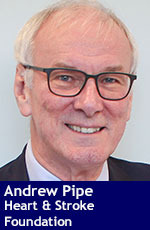 As a clinician and researcher in the field of tobacco control, what I see happening with vaping marketing and promotion is déjà vu of the very worst kind. It’s pervasive and insidious. And in Ontario, we’re failing our youth by permitting it.

Over the last 30 years, we have fought many policy battles with the tobacco industry. We have made excellent progress in the overall war against chronic disease, premature death, addiction and health-care costs that go hand in hand with the sale of their products.

Now with vaping products, big tobacco is wielding a sinister new weapon in its marketing arsenal. And in Ontario, we’ve mounted no defence whatsoever.

Ontario is the only province in the country that has legislation allowing the ubiquitous promotion of vaping products in retail settings frequented by kids, including gas stations and convenience stores. It’s the only province that has sanctioned the normalization of nicotine products to a new generation of young people. They are the first generation that was raised in a society free of tobacco advertising, and they are ironically and mistakenly convinced that they can vape without any consequence to their health.

To support that misconception, myths have been spread that we don’t have much evidence about the consequences of vaping, and that what we do have has shown that it’s much less harmful than smoking. This is absolutely wrong!

Here’s what we know: Juul, the product most popular with kids, has as much nicotine in one pod as in an entire pack of cigarettes. Portrayed as a benign alternative to conventional products, Juul is actually an incredibly effective nicotine delivery system. And that efficient system has predictable consequences for kids, who are particularly vulnerable to the marketing that studies indicate has been carefully targeted at them.

Nicotine remains one of the most addictive drugs available, and we know that it hurts developing bodies and brains. Our kids, unknowingly, are being addicted to nicotine, just like our parents were in the 1950s and ’60s.

Emerging research also indicates that the elevated risk of heart attack by people who vape daily is not much less than that of smokers. There’s also evidence that vaping causes increased risk of chronic bronchitis in kids as young as Grade 11.

The evidence is mounting – these products are harmful.

Studies also show that kids who vape are four times more likely to start smoking traditional cigarettes – a finding that flies in the face of the tobacco industry’s assertions that vapes are meant to reduce smoking. Even if vaping was benign – which it’s not – the harms of cigarette smoking are well-established and the evidence that vaping serves as a gateway for kids to the tobacco industry’s primary product line should surprise no one.

Media have recently examined the very close relationship between the Ontario Convenience Store Association (OCSA) and the Ontario government. The OCSA recently hosted the Treasury Board president at a gala sponsored by Juul, creating a cozy opportunity for senior policy-makers to meet with the executives who are profiting by addicting skyrocketing numbers of kids.

Policy with such a tremendous impact on public health must be driven by sound evidence that is based on research and experience gained through decades of tobacco control efforts. The widespread and legislated promotion of vape products – unique to Ontario – doesn’t clear this bar.

We’ll regret the decisions being made to permit unfettered marketing of vaping products to our kids. We’re creating a new generation of nicotine addicts. And they will go on to fight their addiction and feed it, by vaping and smoking, as have generations of smokers before them.

That the tobacco industry can continue to operate with little or no regulation defies any rational economic or political analysis. They market products that kill more than 45,000 Canadians annually, cause colossal expenditures to over-burdened health systems and are beginning to addict a new generation of consumers with sophisticated drug-delivery devices like Juul.

As the evidence mounts over the next few years, perhaps no one will regret this open-door policy more than the current government in Ontario. It will need to answer to these kids – and their parents – about why they weren’t protected when we knew better.

Andrew Pipe, CM, MD, FRCSPC (Hon) is a professor in the Faculty of Medicine at the University of Ottawa and chair of the board of directors for Heart & Stroke.

Dr. Pipe is Canada’s foremost expert on smoking cessation. He was instrumental in the development of the widely adopted Ottawa Model for Smoking Cessation at the Heart Institute.