U.S. air strikes in Syria are unlawful, irresponsible and unjustified 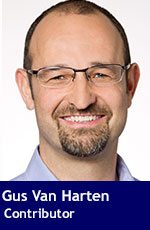 The recent U.S. air strikes in Syria show that a grave risk of wider war, including nuclear war, is upon us. Canada’s government, and indeed everyone, should do whatever possible to avoid such a calamity.

The federal government should not support any military action in Syria. The recent armed attacks, although fortunately limited in scale, are crimes of aggression under international law because they were not justified by principles of self defence and because they were not authorized by the UN Security Council.

The same is true for previous attacks in Syria, including those arising from the U.S. occupation of eastern Syria. These attacks follow a disturbing track record of such crimes by senior U.S. leaders since the end of the Cold War.

Canadians need to be aware of this context to cut through the bellicose and misleading propaganda we often hear, especially in U.S. media, and to understand the opposition to the attacks in other parts of the world. It can be challenging to avoid getting swept up in emotional war-mongering. A rare and good antidote is this radio interview with the former United Kingdom ambassador to Syria, Peter Ford.

Most notably, the U.S., with other countries, invaded Iraq illegally in 2003. As we should all know, the invasion was justified on false pretexts: that Iraq had weapons of mass destruction, along with human rights concerns.

But that invasion has led to mass human suffering, and to ongoing war and devastation in Iraq and neighbouring countries.

In the case of Syria, the recent attacks were justified in the media by unconfirmed reports from questionable sources (with Islamic terrorist links) of gas attacks.

In fact, the timing of those gas attacks make very little sense from the point of view of the Syrian government. They came on the brink of the arrival of investigators tasked with verifying previous alleged use of gas and its origins.

Anyone committed to evidence and truth, and to the use of force only as a last resort, should be skeptical.

The U.S.-led attacks are yet another dangerous step in the long-standing and brutal campaign toward regime change in Syria. Our government should distance Canada from this fraught campaign. It has now reached the point of a direct confrontation between the U.S. and Russia. And the latter’s forces are in Syria at the request of the Syrian government and therefore legally.

Anything Canada can do to help defuse the situation and constrain U.S., U.K. and French aggression should be done, even if it complicates other files in the Canada-U.S. relationship. The government needs to avoid complicity in these unlawful, irresponsible and unjustified attacks.

The risk of a wider war is extremely serious for Canada and the world. It can be lessened, but only if we speak up for peace and stability, and for the international principles that support these precious things.