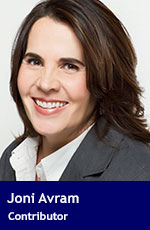 Various commentators have concluded that America is in the throes of its second civil war. Dennis Prager, a conservative radio host, has concluded that the political left and right share no common value system (such as respect for freedom of speech), therefore there can be no collaborative coming together over core beliefs. He argues that the only way the new civil war will end is when one side “vanquishes” the other.

Sounds ominous. Sure, American politics are more polarized than ever and camps on both sides of the political fence see the other party as a threat to their nation’s well-being. The polarization is resulting in more personal attacks, protests and (as of last weekend) violence.

I’ve been trying to figure out for some time what’s behind this deep ideological split. I’ve noticed it most dramatically on social channels, where the idea of respectful dialogue and consideration of opinions is long gone. In fact, I’ve been shocked by the level of disdain some of my otherwise polite friends have shown to people with a differing point of view.

According to the 2008 book The Big Sort, American have been segregating themselves into siloed communities for years, but it’s a trend that’s intensified over the past four decades. According to The Economist (in a review of the book), people are choosing to live in homogeneous communities with others who share their political, religious and social points of view, causing them to have little interaction with people with a different mindset.

Cable news is equally polarized, allowing people to watch coverage that reinforces their beliefs. Trends like home-schooling allow parents to keep strict control over which ideas their children are exposed to. Observers have likewise commented with alarm over the growing resistance by universities to welcome diversified thought.

This, of course, can be dangerous, because studies suggest that when a group is ideologically homogeneous, its members tend to grow more extreme. As a result, says The Big Sort author Bill Bishop, “America … is splitting into balkanized communities whose inhabitants find other Americans to be culturally incomprehensible.” And, I might add, culturally reprehensible. As the country becomes more polarized, debates turn into shouting matches and consensus on the most pressing issues remains elusive.

What does all of this mean? Is America headed toward cultural and political implosion? And could other parts of the world be far behind?

One of the best solutions I’ve seen offered to this problem comes from Arthur Brooks, a conservative with the American Enterprise Institute. He says one of the best ways to solve the stalemate is to celebrate the perspective of the other in order to lead us toward tangible solutions.

But most of all, Brooks challenges people to present to the world what he calls an “unpredictable ideology.”

So if you’re a conservative, raise the issue of poverty and our moral obligation to be a warrior for the poor. If you’re a liberal, talk about how free markets have helped to solve our biggest problems (including poverty), when used responsibly.

“If we do that,” Brooks says, “we might just be able to take the ghastly holy war of ideology that we’re suffering under in this country and turn it into a competition of ideas based on solidarity and mutual respect.”

Joni Avram is Marketing, Brand and Engagement Strategist and founder of Cause and Effect Marketing.

Joni is a Troy Media Thought Leader. Why aren’t you?