Five Eyes’ influence challenged by the emergence of the Quad

Anxiety in London, Ottawa and Wellington that their influence is waning 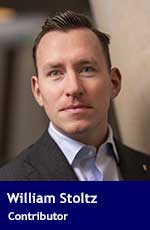 Recently there has been a welcome debate about the extent to which the Five Eyes security partnership between Australia, Canada, New Zealand, the United Kingdom, and the United States can and should be mobilized for strategic and diplomatic activities outside of its traditional intelligence, military, and law enforcement collaborations.

This debate was further fuelled in 2021 by events that challenged the Five Eyes’ traditional status and operating model, as well as the adoption by all five nations of a firmer focus on the contest for Indo-Pacific hegemony.

Despite the misgivings of those reluctant to see the Five Eyes broaden its remit from its traditional, operational-level collaboration, 2021 confirmed that experimentation with the grouping’s wider purpose is well underway. Yet, to effectively undertake such experimentation without risking the unity of the Five Eyes, new structures for strategic dialogue and coordination are now required.

In 2020, I laid out the case for creating a permanent Five Eyes secretariat and a regular leaders’ summit. Whether or not these specific ideas or some variation are most suitable, the consolidation of the Quadrilateral Security Dialogue (Quad) – composed of the United States, Australia, India, and Japan – and the emergence of AUKUS have affirmed that if the Five Eyes is to have a more active role in setting Indo-Pacific strategy it needs set mechanisms for building consensus among its members about how the partnership should be leveraged for new initiatives.

Last year, the Quad achieved a new level of maturity with the first leaders’ summit and the initiation of a number of new joint initiatives and working groups relating to COVID-19, climate change mitigation, and critical and emerging technologies.

The Quad is unlikely to ever match the operational integration and trust of the Five Eyes. However, as a forum of influence on the U.S.’s Indo-Pacific strategy and as a mechanism to potentially alter the future balance of power in the region, the Quad’s recent ascendancy has generated a degree of anxiety in London, Ottawa and Wellington that the historic influence afforded to them via the Five Eyes may have been displaced.

Alongside the Quad, the inking of the AUKUS Pact between three of the Five Eyes countries – Australia, the UK, and the U.S. – is another cause for re-evaluating the Five Eyes partnership, particularly how the grouping relates to the Indo-Pacific.

At a practical level, the AUKUS Pact is an agreement between the three countries to support the development of an Australian nuclear-propelled submarine fleet and jointly develop other significant technologies. Yet at a geostrategic level, it is plain the AUKUS Pact is an expression by the United States and Britain of their expectation that Australia should play a larger role in asserting Western power in the Indo-Pacific, especially against Chinese revanchism.

The progress of the Quad and AUKUS is set against continuing belligerence from China as it seeks greater control of the international system, especially hegemony in the Indo-Pacific. Since 2016, China has deprioritized its gradualist “hide and bide” approach to reshaping the balance of power in the region in favour of a more overt campaign of multi-pronged coercion and interference.

In response, the U.S. has welcomed and encouraged efforts by nations to collectively call out and resist instances of attempted Chinese coercion, whether they be economic, diplomatic, or military. Such collective responses – either through the Quad, NATO, or other groupings – have required swift and assertive diplomatic messaging reinforced by clear action that can signal resolve and ultimately deter further Chinese belligerence.

As part of this trend towards collective diplomatic action, the leaders of Five Eyes countries have made increasingly regular efforts to diplomatically use the grouping to call out unfavourable behaviour from China in the Indo-Pacific, most stridently in relation to the stifling of democracy and oppressive national security laws in Hong Kong.

Whether or not the Five Eyes should be used as an Indo-Pacific-centric strategic grouping à la the Quad and AUKUS is a somewhat academic consideration at this point, in light of the decision by a critical mass of Five Eyes political leaders that they will mobilize Five Eyes for this purpose. The question then is: if the Five Eyes is going to make this transition from being a primarily ad hoc operational partnership to being a strategic body with a focus on joint action in the Indo-Pacific, how should this best be achieved?

It is essential that if diplomatic initiatives like the joint statements are to become a more regular feature of the modern Five Eyes, there must be a commitment from member states to reinforce such statements with proportionate action. To not do so is to risk the integrity of the Five Eyes partnership by exposing it to accusations of impotence that would validate China’s existing narrative that the grouping is an anachronism. In this regard, the absence of any new policy initiatives to support the Five Eyes’ most recent joint statement on Hong Kong is disconcerting as it may signal that while the five countries are aligned on messaging, they are not in agreement on what action should be taken.

While the Five Eyes nations are united by a shared affinity for liberal democratic values and have broadly aligned interests vis-à-vis how the international system should be ordered, it would be an error for respective Five Eyes governments to assume a complete alignment of interests and that a common strategy in all things can always be reached.

Regular and frank dialogue on the topic of the Five Eyes’ Indo-Pacific strategy is now key, particularly between leaders, diplomats, and those advising politicians on geopolitics. The status quo – of having Five Eyes leaders make ever more frequent joint pronouncements on a range of international issues, but in a largely unplanned, reactionary fashion – risks creating tensions within the partnership by making the least enthusiastic members of the Five feel unduly compelled to subscribe to joint activity, or worse, decline to participate and break the unity of what has been one of the most effective international security groupings in history.