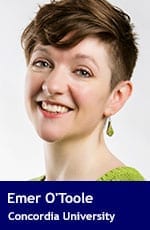 Tens of thousands of people marched in Spain in April, protesting for three days over a court’s failure to convict five men of the gang rape of an 18-year-old woman during the Pamplona bull-running festival in 2016. The men had offered to walk the teenager to her car but instead they took her to the lobby of a nearby building, attacked her, then stole her phone. She was found crying on a bench.

Videos of the assault shot by the accused were used in court as evidence that the victim – who stayed still and closed her eyes – was consenting. The court decreed that there had been no violence or intimidation and therefore convicted the men of the lesser charge of sexual abuse. By this logic, a victim can’t be raped unless she screams and fights back. Yet overwhelming evidence tells us that the majority of rape victims do not do this: they freeze. Protesters chanted “This justice is bullshit!” after the verdict was read out.

The Spanish demonstrations came on the heels of fiery rallies in Ireland following the acquittal of two rugby players on all charges of the rape and sexual assault of a 19-year-old Belfast student. The woman’s underwear had been passed around the courtroom. She was on the stand for eight days, while the men, by comparison, testified for a half-day each. As the official statement of the Dublin Rape Crisis Centre emphasized, while the men were represented by skilled, experienced Queen’s counsel, the young woman was unrepresented.

The men are not guilty but the treatment of the complainant highlighted structural deficiencies in the legal system. Within hours of the verdict in late March, #Ibelieveher was the top-trending hashtag in Ireland. In the wake of the trial, Ireland’s minister for justice is reviewing the legal protections offered to sexual assault complainants.

Indian activists have also been on the march. A trial began on April 28 of seven Hindu men, including a retired government official and two serving police officers, and one boy accused of the rape and murder of an eight-year-old Muslim girl, Asifa Bano, in a town in Kashmir in January. Investigators say that the child was drugged, held captive and raped for days. When police tried to register the charge at the court, they were greeted by a Hindu nationalist mob trying to prevent them.

There is extraordinary energy in these movements, energy rooted in the knowledge that something is deeply wrong with legal and political systems in which it is the accuser and not the accused on trial; in which women can be blamed for not physically fighting off men; in which powerful men can rape with impunity; in which sexual violence against women is justified as a sectarian tactic.

This energy, while fuelled by anger, is also tinged with hope.

Kate Harding, author of Asking for It: The Alarming Rise of Rape Culture, explained in an interview, “For a long time, feminists knew that the system was stacked against victims and survivors, but there didn’t seem to be anything we could do, because we couldn’t get the traction in the media or the community to really make a dent in it.”

Decades of research tells us that the chance of a rape victim securing justice is appallingly low. For example, in England and Wales, 85,000 women and 12,000 men are raped every year, only 15 per cent report, and the conviction rate for those accused is 5.7 per cent. This means that less than one per cent of victims see their attacker brought to justice. In the U.S., 321,500 people are raped or sexually assaulted annually, and 99 per cent of perpetrators get away with it.

We now have the means – through social media and feminist figures in mainstream media – to disseminate women’s experiences and rape statistics widely. And when you know the stories, when you know the stats, it’s hard to shrug when yet another high-profile trial victimizes the accuser as a means to exonerate the accused. Now, the message is clear: we will push back.

Still, Harding believes that changing the culture and legal system in the U.S. is going to take a long time. There are significant challenges.

“On top of the fundamental legal problem of he said/she said, you have the problem of the rape myths that the average citizen, police officer and prosecutor all probably subscribe to. And you’ve got misogyny. And you’ve got racism. So if there’s a white man on the stand who looks as if he would have a bright future ahead of him if he doesn’t go to prison, he’s automatically got the benefit of the doubt.”

Harding points to the case of Brock Turner, a Stanford University student, who was released after serving half of a six-month jail sentence for sexually assaulting an unconscious woman outside a fraternity house. Two other white men gave evidence that they caught him in the act. When they stopped him he ran away but they chased him down. There’s no he said/she said here. “A prison sentence would have a severe impact on him … I think he will not be a danger to others,” Judge Aaron Persky said of his sentencing decision.

The obstacles to creating lasting change through the protests in India are also considerable. Kavita Krishnan, secretary of the All India Progressive Women’s Association, told me that the current wave of protest in India is in part a response to the carefully calibrated attack on women’s rights instigated by Prime Minister Narendra Modi’s government. Pointing out that many recent sexual attacks are not only rapes but also hate crimes, she praises the protests’ clear critique of the political patronage of rape and the use of rape as a weapon of Islamophobic violence. But she adds that while these demonstrations are hopeful, there have also been open rallies in support of rapists, which frame the accusations as a secular plot to weaken a Hindu India.

She is wise to what she calls the government’s distraction tactics. “The minute there’s a sharpening critique of patriarchy and of state patronage for rape culture, they try to distract from that by introducing draconian punishments. So they introduce the death penalty for rape, they introduce the death penalty for rape of minors. By introducing the death penalty, the state doesn’t have to spend a penny more – it doesn’t have to create shelters, ensure that victims have counselling, ensure that there are rape kits available in hospitals or that proper procedures are being followed for the treatment and care of rape victims.”

Not everyone agrees that this is a moment of feminist promise. Joan Smith, co-chair of the Mayor of London’s Violence Against Women and Girls Board, is on the front line of the fight against new forms of silencing and intimidation of rape victims in the U.K. “We are in the middle of a crisis,” she explained in an interview. “There was a change last year [2017] in the way in which disclosure was handled in rape cases, in criminal cases generally. The effect has been catastrophic. All 600 rape cases which were going through the process in London are suddenly on hold and women are withdrawing left, right and centre.”

Under the new rules, a complainant is required to give up her phone and her tablet, and to give access to her work computer, as well as to her medical records and school records. In short, there’s an unprecedented invasion of the victim’s privacy.

“The police have to look at everything, including deleted material. So if you once sent a drunken text to a friend saying, ‘I fancy a bit of rough tonight,’ the police are obliged to hand it to the prosecution and they will probably hand it to the defence. It’s quite hard to be optimistic.”

For Smith, while the defendant is, of course, entitled to a fair trial, the complainant is entitled to a private life. She explains that the law on disclosure was drawn up before anyone had a smartphone, before anyone could have imagined the kind of invasion of privacy that it would allow. “Suddenly the defence barristers have realized that a vast amount of material is available about the complainant and they want access to it. The law offices and politicians seem to have agreed that that’s a good thing.”

She’s doesn’t deny that the energy of #Metoo and global anti-rape protests is momentous, yet she says: “The story about rape, according to the popular press in this country, is that innocent men live in absolute terror of false accusations. And we know that’s not true, that the vast majority of rapists actually get away with it, but that’s the narrative.”

Yet Smith also has an excellent practical suggestion for how to take the current groundswell of anger and turn it into lasting change.

“It has to become a political issue, which it really never has been. When people are out canvassing on doorsteps and asking for votes, they should be asked: ‘What would you do about sexual violence? What would you do to help rape victims? Are you aware of the appallingly low conviction rate? If you’re elected, will you take this up as an issue?’ I think aspiring politicians and current politicians would be incredibly surprised if they were made to think about all of this.”

Why not surprise them? While protests and consciousness-raising campaigns challenge the rape myths, and the sexism and racism that underpin much injustice, the energy of hashtags and protests can be turned into letters to local representatives and conversations on doorsteps.

With political will, we can tackle the fundamental structural issues that lead to low levels of reporting and conviction. Our stories and the stories of our friends, the research and statistics that feminist organizations have been compiling for years – these make compelling evidence. We shouldn’t underestimate the daunting challenges to radical reform, yet we shouldn’t underestimate this moment either.

Emer O’Toole is a professor of Irish performance at Concordia University, author of the book, Girls Will Be Girls (2015: Orion) and a regular contributor to The Guardian and The Irish Times.

I study Irish theatre, performance and film. My critical frameworks are Bourdieusian, performative, postcolonial and cultural materialist. My research asks questions about power, identity and culture, and is always underwritten by a commitment to social equality. My current research projects, funded by the FRQSC and the SSHRC, explore the relationship between contemporary Irish performance and activism.