Lebanon on the verge of becoming a failed state

The world must not abandon the former Mediterranean oasis 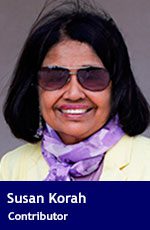 One year ago today was a night of splintering glass and splattering blood.

On August 4, 2020, as the last hours of pre-sunset daylight illuminated Beirut’s skyline, a cataclysmic explosion shook the city like the blast of an atomic bomb. It turned out to be the spontaneous combustion of 2,750 tonnes of ammonium nitrate stored in a warehouse near the port. It plunged the city and –  through its ripple effect – the entire country into a long dark night of terror and chaos.

A night from which the country has not yet recovered. In fact, it has sunk into a deep depression.

Sounds of shattering glass and clouds of billowing smoke filled the air that night, as people – 6000 of them seriously injured – staggered through blood-splattered streets. About 200 were killed, and 300,000 rendered homeless.

Gebran Kally, a volunteer with the Swedish humanitarian aid organization A Demand for Action (ADFA), is still traumatized by the events of a year ago.

Kally was on his way to the hospital to visit his critically ill daughter when the explosion set the ground shuddering under his feet.

“The windows of my daughter’s hospital room shattered, and the whole hospital was plunged in darkness,” he told Convivium through a translator. “Fortunately, my wife was with her at the time. She grabbed her and pulled her out of the way before the flying glass could kill her.”

These days, Kally and other volunteers keep themselves busy, soothing their own grief by helping others—distributing food and medicines— in a deeply wounded country in danger of sinking even deeper into a vortex of anarchy and civil unrest.

Already crushed by troubles ranging from political corruption and grinding poverty to a broken healthcare system that’s virtually helpless against the ravages of COVID-19, the people of Beirut experienced the port blast as the proverbial last straw that broke the camel’s back.

A year later, the country—once hailed as the Paris of the Middle East and a unique haven of diversity, pluralism, and religious freedom in the region— is still in need of urgent help and support from governments of the free world, say leaders of humanitarian aid NGOs that are working in overdrive to stop the bleeding.

“According to the World Bank’s June report, Lebanon is going through the worst economic crisis of any country since the 19th century,” Carl Hétu, Canadian Director of Catholic Near East Welfare Agency (CNEWA), told me in an interview. “With 500,000 jobs having been lost, and poverty levels rising to 55 percent, the middle class has been eliminated.”

In the past year, inflation rose 120 percent on basic commodities and food. The Lebanese pound lost over 1000 percent of its value. The COVID pandemic has forced many lockdowns.

The port explosion impacted Lebanon’s food supply because Lebanon imports 85 percent of its food, and the port previously handled around 70 percent of the country’s imports. Other necessities, including electricity, water, medicine, and petroleum, are also scarce, fuelling peoples’ anger and frustration.

Everyday life has become a nightmare for the average citizen, says Nuri Kino, leader of A Demand for Action, a volunteer-based NGO that helps Christian refugees and others in need in the Middle East.

“When I was there (in Beirut) after the explosion, I took a cab, and when I paid the fare, the driver said it was a choice between his eyes and his children. He explained that, with the money he had earned, he had to decide whether to buy medicine for his eyes – he was about to go blind – or food for his children. I paid him double the fare he asked for, and then we searched all over town for his medicine. There was none to be had, as all the pharmacists had no more stocks left.”

According to the European Union’s website, Syrian refugees comprise 20 percent of Lebanon’s population, the highest ratio of refugees to population in the world.

Kino noted that since the Lebanese themselves are under such intense pressure, there is a growing resentment towards the refugees who are using the country as a transit station while waiting for resettlement opportunities in places such as Canada.

“The current situation has made the lives of our refugees harder than ever,” he said, referring to the Christian refugees who had fled terrorists from Iraq and Syria, who depend on ADFA for their basic needs including food, shelter, and healthcare needs.

“And yet, it’s refugees who, as volunteers, do the work on the ground for us, distributing food, medicine and other necessities to the most vulnerable. After the port explosion, they were working 18 to 20 hours a day under extremely challenging conditions, and did a fantastic job. The people we were helping were so desperate for food it was impossible to maintain COVID protocols.”

Both Hétu and Kino emphasized that their respective organizations had risen to the occasion as best as they could and are still engaged in helping people in Lebanon rebuild their lives and meet the country’s reconstruction needs.

“By February 2021, we had raised $1 million, thanks to the generosity of our donors, including Canadian donors from various Catholic parishes and eparchies,” Hetu said. “We were able to get two big hospitals –the Geitaoui University Hospital and the Rosary Sisters’ Hospital in Beirut reopened. Both serve 100,000 patients yearly and employ about 1,300 staff.”

“As soon as we heard about the explosion, we stepped up our fundraising efforts, Kino said. “The Swedish media helped a lot by covering the story, and within two days we raised $100,000. We are immensely grateful to our donors.” He added that their funds come mostly from individuals and private enterprises.

Both NGO leaders emphasized, however, that there is no minimizing the enormity of the task ahead.

Hétu recalled that Pope Francis has a special place in his heart for Lebanon and had praised the county as a land of interfaith tolerance and pluralism. The Holy Father organized a special day of prayer for Lebanon on July 1.

Asked if the current chaos is threatening the Christian population, Hétu said it was impossible to obtain exact numbers, but increasingly, Christian youth, losing all hopes of a better life in Lebanon, are leaving for Europe and North America.

“The trend will continue if Lebanon’s situation does not improve,” he said.

He added that the loss of the Christian population will be the whole country’s loss.

“So many schools and hospitals, for example, are run by Christians. The Catholic school system is Lebanon’s best. It enables Christian and Muslim students to study together.”

Both Kino and Hétu appealed to the international community to take immediate action to save Lebanon from becoming a failed state.

“Canada and the international community should convene an international donor conference for Lebanon,” said Kino. “They should discuss lifting international sanctions on Lebanon, increasing humanitarian aid and giving the most vulnerable refugees more access to visas for re-settlement. That would help a lot.”

“The Canadian government and all other like-minded governments should get together and find diplomatic channels to help Lebanon form a stable, corruption-free government,” said Hétu.

“We simply cannot afford to abandon Lebanon,” he added.