How to tell fake victims from actual victims

This is part 2 in our series The Victim Cult
Reading Time: 5 minutes 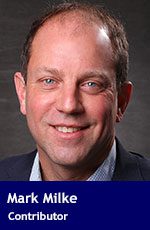 Ever since our distant ancestors stopped crawling on four feet and stood upright on two, people of every colour and creed mostly lived a Hobbesian nasty, brutish, and short life. They often did so in societies where tyrants, “neighbours,” and life could be utterly cruel. A Jew in Spain in 1491? One year later, you were expelled and cast across the sea to North Africa. In Africa between the 16th and 19th centuries? Your life might end as a slave in the American south. A merchant in Russia in 1917, or an educated worker under Mao and Pol Pot, or a Tutsi with a Hutu neighbour in 1994? One would be fortunate to survive. Many did not.

Native Americans faced similar and even more institutionalized prejudice and harm for over a century, with the added insult that it was their ancestors who arrived in the Americas first. Women in much of history faced challenges unknown to men. A few examples: subjected to foot-binding in China; expected to throw oneself on a funeral pyre upon the death of a husband in India; and refused the right to hold property and vote even in Western liberal democracies until the late-19th and early-20th centuries.

Men of every colour and creed too have been actual victims, though this is out of fashion to note in an age of identity politics. Today, presumed and past victimhood claims alike are tallied up with men ostensibly at the top of any privilege scale and the bottom of any well of sympathy. Except the facts of biology and life meant that, for much of history, it was mainly men in the forests, factories, and mines. It was thus mainly male lungs breathing poisonous air in the shafts and tunnels, and men’s limbs shredded by machinery in industrial accidents. 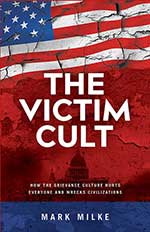 Men also fought the wars and suffered. In the Second World War  – a just quest for survival and freedom from tyranny – men from Canada, the United Kingdom, the United States, India, and other Allied countries moved Nationalist Socialist Germany and imperial Japan off the world map by dying: The military death toll was 45,400, 450,700, 418,500, and 87,000, respectively, for those four countries alone. Millions of others who came home were wounded and forever hobbled physically and psychologically. Most of the dead and injured were men.

The problem with tallying up victim counts, even as just done, is how in history can we actually compare and weigh suffering as if an impartial scale exists? While mostly men were killed and wounded in war, wives and children on the home front lost husbands and fathers. An industrial accident that maimed a man also hurt his family. All we can say with any accuracy is all of the foregoing and millions more over the millennia were actual victims.

Now consider the 21st century’s healthier and longer lives and where the world has mostly prospered and progressed in the last two centuries, especially in the last 70 years. This has not been without exception, and the world is not now perfect. But despite flourishing conditions for many, the rise of grievances and constellations of people that obsess over them – victim cults – has proceeded apace. Examples can be found that range from the mild to the murderous.

Start with the former: On American campuses, selected millennials routinely worry about “microaggression,” words that might hurt or imply they are less than already accomplished. In New York City and Washington, D.C., a self-proclaimed billionaire managed to win his way to the White House by claiming to be a victim: of the media, other Republicans, and a judge. The former president even complained of a rigged American election system in 2016 until he won the White House – a claim he repeated in 2020 when he did lose power. Those are the mild examples.

There is no equivalence between Trump’s chronic claim to be a victim and history’s consequential, murderous narratives. His cry of victimhood matters for a different reason: because it reflects the zeitgeist of our age and is a departure from the traditional American ethos of Harry Truman’s “the buck stops here” declaration of responsibility. However unfairly treated, previous White House occupants, from George Washington to Barack Obama, would never deign to complain publicly. That was due both to respect for the office and personal experiences, cultural norms, and the context of the nation at the time. Dwight Eisenhower, John F. Kennedy, and George H. Bush all served in the Second World War. They saw its horrors and actual, innocent victims. To publicly complain about their peacetime treatment by scribblers or fellow politicians would be unthinkable in that historical context.

On the mild side, one can charge erstwhile victims of overstating cause-and-effect links, of exaggerated or fake claims, of dredging up tragedies for monetary or political gain. However, when the victim assertion is combined with potential touchstones for conflict (race, religion, ethnicity, and nationalism) and linked to a justification for some action (compensation, preferential treatment, revenge) risks nitro-glycerine-like misfortune for all.

The Hutus in Rwanda before the 1994 genocide and their chronic claim of victimhood vis-à-vis the minority Tutsi population is one example. There are others: Josef Stalin, Mao Tse-tung, Fidel Castro, and Pol Pot blamed their societies’ economic troubles on entrepreneurial capitalists rather than on their own economic illiteracy and tyranny.

The common link in victim cults is not a particular creed, one’s view of the state, racism, or even a destructive ideology. All can play a part, but they are not its drivers. Instead, the shared DNA in victim cultists across the centuries is a focus on actual or perceived wrongs, which then turns pathological. It becomes a way of defining oneself vis-à-vis others: I and my tribe are the victims, and you are the oppressor.

The result is that any conception of a future, any light, is submerged in the ever-deeper dark tunnel of fear, hate, and blame – a nihilism that traps all who are near it, the innocent included. Such grievance narratives can infect leaders, a small cohort or entire societies; it paralyzes whole countries from moving forward due to a relentless focus on the past.

Next: Thank the Red Coats for slavery’s abolition