Skating, brawling and hitting a dead end in Apple Arcade

Welcome back to my ongoing examination of all available Apple Arcade games!

I’m still going strong but it’s only week two, so who knows what affect this process will eventually have on my overall well-being.

As a reminder, these are not intended as fully thought out reviews, but rather a quick description of each game, some first impressions and my decision on whether or not I’d like to continue playing.

On to this week’s games. (You can read last week’s article here.)

This is a side-scrolling skateboarding game where you complete challenges that earn you money you can then spend on new duds, skateboard accessories and two new cities to skate through (you start in L.A.).

The game starts with a tutorial of the basics but doesn’t delve into more complicated manoeuvres. These it leaves for you to discover in the Challenges section of the game, where you do anything from completing as many tricks as possible to avoiding an ever-pursuing cop.

You earn money fast, so you feel like you’re quickly making progress and getting new flashy goodies. Completing challenges is satisfying and relatively simple. Nothing too deep here but a mostly enjoyable experience.

The game requires a controller, which was refreshing due to a lack of good controller support in other Apple Arcade games. Many games feel hog-tied because they’re designed around two very different control methods: touch and controller. By making a choice, Skate City ultimately gives the player a smoother experience. 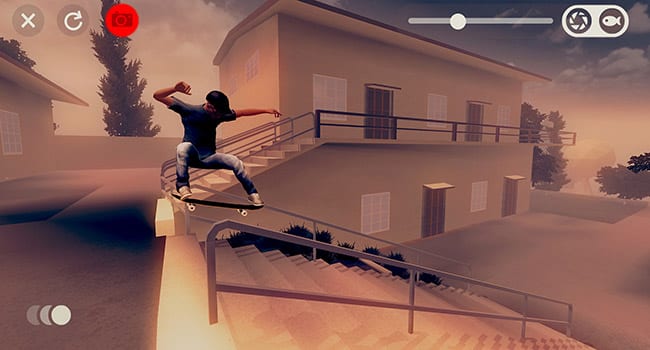 This game has a fun premise but it’s a bit of a mess.

You are a galactic hero taking part in a tournament of the universe’s best warriors. This is a two-versus-two (2v2) sport where you throw a ball into a net while avoiding the opposing team – they can punch, kick and hit you with whatever weapon they have.

It has the trappings of Overwatch, where you level up to earn gold and loot boxes, which get you cosmetic rewards.

I thought this all sounded fun. Unfortunately, the game feels messy and the controls are inaccurate.

There’s not a heck of a lot of skill is involved here. Whichever character is fastest gets to the ball first and if you aim well, you score.

It’s important to note that I’ve only played against bots. I tried doing online multiplayer to face a real human but it took much too long to find a game, then when I did, the match promptly crashed.

I tried again and it matched me immediately to the same player. I started the match and it was a herky-jerky, laggy mess. Soon the connection crashed and, somehow, I won. Whether this was from the other player quitting or a server error, I don’t know. Either way, online is no good, which is a shame because that was what I found interesting about the game: a weird, simple galactic sport that I can play online against real people?

One other major gripe: the controls are – here’s the word of the day – a mess. In the tutorial, the controls are laid out to you. Some of them are wrong. It tells you this button does this thing. But that button, in fact, doesn’t do that thing. This is made worse by the fact that when you pause a match, a list of the game’s controls pops up. The controls it displays here are wrong as well. How did this get past the developers? 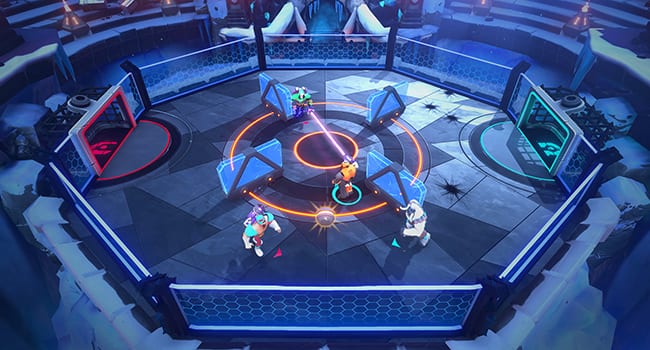 Ever dream of becoming a ghost buster? Do you regret not taking that other career path, the one mom and dad always wanted for you: paranormal exterminator?

Dead End Job is a twin-stick, rogue-like shooter where it’s your job to clear each level of enemies and save citizens trapped by poltergeists. The gameplay is simple and fun, and successfully clearing a stage is satisfying.

Unfortunately, a lot of the stuff around the edges brings this game down.

For one, there’s no long-term progression. As you defeat enemies, you earn “promotions,” which will get you one of a choice of three bonuses. But if you go down once, everything is lost. You could have gained six promotions, but one failure and they all go. Back to square one.

I found this frustrating and, with no other progression system, this was ultimately the reason I stopped playing.

The developers lean heavily on the blue-collar, trucker-type vibe, but they don’t really nail it. From the humour to the animation, it all felt a little forced and it missed for me.

The presentation in general reminded me of an early-2000s free browser game, like something I would find on the Cartoon Network website. That’s not necessarily a bad thing – I had some fun with games like that. But with a full, real video game, I’m looking for something a little more complete and polished.

The game offers you a codex that you can fill out as you discover items and enemies, which I appreciated. But as often as not they forgo offering any useful information on the item in favour of giving you another bad joke. A codex should either fill out the story in a meaningful way or offer you useful information.

As I said, I had fun with the core gameplay. But I found a lot of the stuff around it to be either frustrating or empty. I’m on the fence with this one but there are so many good games to play out there, so. … 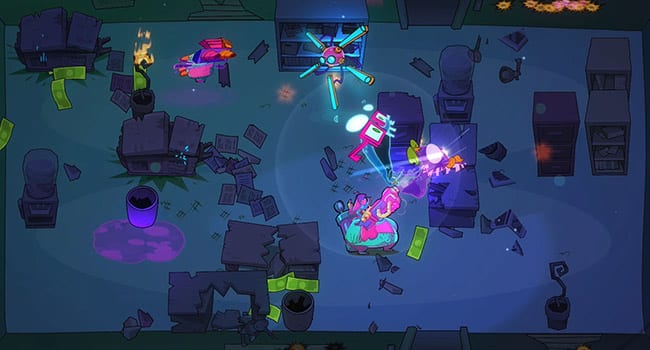 Sam Stewart has a diploma in theatre studies, a degree in film studies and has worked professionally in both areas. He also worked in the tech industry and loves to indulge his lifelong passion for video games, from the classics to new releases.

Sam Stewart, has a diploma in theatre studies, a degree film studies and has worked professionally in both. He also works in the tech industry and loves to indulge his lifelong passion for video games, from the classics to new releases.