A Canadian path to a regenerative cure to Type 1 diabetes 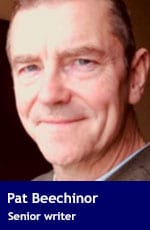 For people living with diabetes, the hope for a functional cure remains 100 years after Dr. Frederick Banting’s breakthrough discovery of insulin. In answer to those hopes, a Canadian company has developed a revolutionary way to improve the lives of those with diabetes.

Insulin remains the standard of care for people living with diabetes. The malady that affects 300,000 Canadians and millions more around the world means taking multiple injections of insulin by needle or pump every day.

Sernova Corp, a Canadian company based in London, Ont., has been focused on developing blood sugar levels naturally.

Sernova’s Cell Pouch is a small implantable medical device placed deep under the skin. It’s porous, allowing tissues to fuse in and around it, forming chambers where therapeutic cells (donated islets or stem cell-derived cells as a next-generation product) are transplanted. Along with therapeutic cells and immune protection technologies, they form Sernova’s Cell Pouch System.

The Cell Pouch provides an organ-like environment for therapeutic cells, perfect for survival and function, to replace the lost glucose control in people with diabetes. Just as in the pancreas, the cells react to blood glucose levels and produce missing proteins or hormones such as insulin, releasing them into the bloodstream.

“The therapeutic cells connect up to the blood supply and then can start to read blood-sugar levels and release insulin into the bloodstream naturally,” says Dr. Philip Toleikis, president and CEO of Sernova.

Sernova has shown the device’s safety in Type 1 diabetes patients with hypoglycaemia unawareness, along with enduring blood levels of insulin production and other clinical efficacy indicators in its ongoing Phase I/II clinical trial at the University of Chicago.

The ability of the Cell Pouch to release insulin is being measured by c-peptide, an indicator of insulin present in patients’ blood. Initial findings are promising.

The Cell Pouch has also shown a reduction in the life-threatening hypoglycaemia episodes that diabetes patients can experience, according to Delfina Siroen, senior Director of Research at Sernova.

Sernova has also recently acquired all the patented technology and knowhow associated to a local immune protection technology called conformal coating, representing one of a few options Sernova has to provide patients the standard regimen of anti rejection medication associated with the current treatment option.

The Canadian company has persisted in its mission for years. Sernova has overcome diabetes treatment dogma and allowed physicians to make a real paradigm shift in their thinking related to the disease. Validating its technology has resulted in a University of Chicago diabetes clinical trial.

Sernova is at the forefront of the therapeutics regenerative medicine field. Its research offers hope for patients suffering from Type 1 diabetes, hemophilia A and thyroid disease.

The Cell Pouch System could significantly improve the standard of care for people suffering from chronic diseases that can be treated by the replacement of proteins or hormones. It offers enhanced quality of life for these patients, as well as alleviating financial burdens on the health-care system related to providing care for these diseases.

Medical journals and other media have featured Sernova and its exciting advancements in creating a regenerative cure over the past few months.

Publicly-traded shares in the previously little-known company have seen more activity and an increase in stock price – about 65 per cent at its peak in January. Both demonstrate an ongoing awareness of diabetes and the urgency to find a cure.

The company has also been applauded by pharmaceutical companies for its technological advancements, resulting in collaborations with key industry players and ongoing discussions.

Pat Beechinor majored in Broadcast News in 1984 (SAIT) and was an on-air news announcer and ultimately news line-up editor for a number of stations in British Columbia and Alberta (CJAT Trail, BC, KIK FM Calgary, XL Radio News Calgary and CHQT News Edmonton) through to 1997.