The increased use of AI changes the job market. Some jobs disappear. New jobs are created. AI applies to more existing jobs 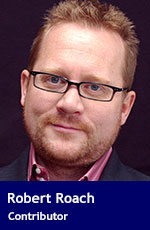 Alberta’s job market is a powerhouse. We had the highest employment rate in the country last year with 66.7 per cent of our population age 15 and over working at a job. That’s five percentage points above the national average and 16 points higher than the lowest rate, which is found in Newfoundland and Labrador. If we had the same employment rate as the national average, there would be 187,000 fewer Albertans with jobs.

And it’s not just a blip.

We’ve had the highest employment rate of any province every year since at least 1976. This is a remarkable record and points to the ability of the Alberta economy to supply not just Albertans but Canadians and immigrants who migrate to the province with much-needed jobs.

An economy that can generate jobs is, however, only half of the equation. You also need a labour force that meets the needs of employers in terms of education, skills and experience. For the most part, employers in Alberta find the people they need, but when the economy is booming – and even when it’s not – skilled labour shortages can be a problem.

At the same time, as the economy evolves in response to new technology, jobs are both destroyed and created. This can leave workers scrambling to obtain the right education, skills and experience to fill new jobs.

Take agricultural jobs in Alberta. Better equipment, techniques and agricultural science have seen the number of farm workers in Alberta go from 88,900 in 1997 to 50,800 in 2016 – a drop of 43 per cent – while inflation-adjusted agricultural output increased by 63 per cent. As a result, people who would have otherwise worked as farmers have had to find jobs in other sectors.

Fortunately, increased use of more sophisticated computer systems helps explain the rise in the number of Albertans with “professional, scientific and technical service” jobs (which include computer system design and support). The number of jobs in this sector went from 85,400 in 1997 to 179,300 in 2016 – an increase of 110 per cent.

New technology taketh away but it also giveth. The challenge is to be as ready as possible for the next wave of change which, by most accounts, will be driven by rapid advancements in artificial intelligence (AI) and the increased automation it will make possible.

As the use of AI increases, Alberta’s job market will be affected in three main ways. First, some jobs will disappear. Large numbers of truck drivers, for example, may be replaced by autonomous trucks.

Second, new jobs will be created. People will, for example, be needed to design, maintain, operate and train others to use the software and hardware that makes an autonomous truck system work.

Third, many existing jobs will involve the use of more AI applications. A human resources specialist, for example, may use AI to help screen job applicants.

AI promises to increase productivity, improve services and open doors to new ventures and jobs. But, as with all technological change, there will be winners and losers. For there to be more winners than losers, employers, educators, parents, students and workers need to prepare themselves as much as possible for what’s coming.

How do we do this?

Education in all its forms is going to be the critical factor. Businesses, non-profits and government departments need to offer AI training to their staff. Our schools need to be imparting the hard and soft skills workers will need to flourish alongside AI applications. Students and employees need to be proactive and learn about AI and the changes it’s bringing.

Our businesses and entrepreneurs also need to be looking for ways to take advantage of new technology and create jobs that will harness it.

And all of us need to keep up with the technology as best we can so we’re not left behind. This doesn’t mean we have to buy every new gadget that comes out or accept all change as inevitable. Quite the opposite. We need to make sure that AI is improving our lives, not making them worse. But we must also avoid the future equivalent of having to call our grandkids to change the clock on our VCR.

If we do these things, our economy will be able to generate new jobs and our workers will have the skills needed to fill them.

If we don’t, others will seize the opportunities and our prosperity will erode accordingly.

Rob Roach is the director of insight at ATB Financial.

Robert Roach a strategic thinker with over 25 years of experience analyzing, commenting on, and proposing solutions to economic and public policy issues. From research design and methods to the presentation of findings and recommendations, he has deep expertise in all aspects of the policy analysis process.