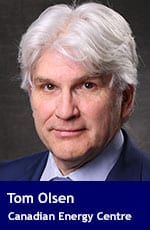 With national division and polarity in Canada increasing, more than ever Canadian media needs to take a fair and balanced approach to current events. Here’s your chance to help the CBC do its job.

The CBC, for some reason, has seen fit to help fund and air a documentary by a self-described anarchist from the United States who doesn’t seem to much like “so-called Canada” and promotes violence against the police.

So this guy, Franklin Lopez, is heading up the production of a documentary called Yintah, about efforts to run the legally approved, environmentally responsible Coastal GasLink pipeline straight into the ground.

This production team has a track record of imbalance. A previous short film on the dispute, Invasion, ignored that all 20 elected First Nations leaders along the 670-km pipeline route (including five Wet’suwet’en bands) support the project.

That’s a pretty critical piece of information to leave out.

Lopez describes himself as hands-on when it comes to his documentary subjects.

“I like the term accomplice more than ally. I like to say that I’m in cahoots with the folks there rather than just being somebody who takes orders,” he said.

A balance in reporting is even more vitally important, as Coastal GasLink was recently the target of a domestic terror attack.

Read here what’s it like to be attacked by someone with an axe.

We aren’t laying blame for the violence; we’ll leave that to the policing authorities now investigating.

But a key mandate of the Canadian Energy Centre is to challenge false or incomplete narratives about Canadian energy.

Media and anti-oil-and-gas activists can portray universal Indigenous opposition to energy projects, which isn’t even close to the case.

And Indigenous bands are put off by interlopers fighting on their behalf.

The Wet’suwet’en First Nation put out a formal response to the Coastal GasLink violence:

“We want everyone to know that the people of our First Nation do not support anyone who protests in this way. These protesters do not represent us or our values, and they are grossly misrepresenting our traditional laws and customs.

“We call on those who are inviting violent non-Wet’suwet’en people into our territories to withdraw the invitations. We call on their supporters, wherever they are, to stop funding criminal protests and to stop trespassing on our traditional lands.”

Members of the Gidimt’en Clan of the Wet’suwet’en took to the National Post in December to decry the outside interference.

“Our clan territories include the area where the Coastal GasLink pipeline crosses the river we call Wedzin Kwa,” they wrote. “We are deeply hurt and angered by the conduct and statements of some of our community members and others who claim to be defending our lands and laws against the pipeline.


“Our concerns are not about the pipeline itself. Some of us support it, some of us do not, and some are neutral. Our issue is that our traditions and way of life are being misrepresented and dishonoured by a small group of protesters, many of whom are neither Gidimt’en nor Wet’suwet’en, but nonetheless claim to be acting in our name to protest natural gas development.”

The CBC’s publicly posted Journalistic Standards and Practices says coverage of civil disturbances must strive to be balanced and not involve active participation by those documenting events.

So here’s your chance to help make sure the CBC attains that goal.

Click here to send a letter to the CBC calling for a fair and accurate portrayal of events surrounding both the support of and opposition to Coastal GasLink.

The CBC strives to reflect Canadians and Canadian issues.

So let’s give it a hand.

Tom Olsen is chief executive officer of the Canadian Energy Centre, an Alberta government corporation funded in part by taxes paid by industry on carbon emissions.