Unleash the shackles on our energy exports 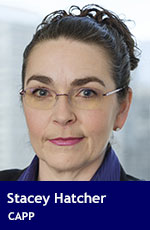 Canada can, and should, supply our responsibly produced energy to the rest of the world. Being allowed to do so would allow us to obtain fair value for our natural resources, and help the world meet growing energy demand.

Yet we continue to impede on our own ability to get our energy products to market. Market access constraints, along with regulatory and fiscal policy barriers, are holding us back.

Globally, one billion people do not have electricity and three billion people use fuels like wood or biomass to cook, impacting their health, quality of life and environment. By 2040, the International Energy Agency (IEA) projects there will be another 1.7 billion people in the world, mostly added to areas still pulling themselves out of poverty.

Along with this population growth, global energy demand is expected to increase by 27 per cent. Oil and natural gas will remain the dominant sources of energy well into the future.

Canada has an opportunity to meet this demand with responsible energy produced the Canadian way.

Demand for natural gas is expected to increase 43 per cent in the next two decades, and by 2040, the IEA projects it will supply one-quarter of total energy consumed in the world. Canada should capitalize on the coming growth for LNG, not only for our own benefit, but also for an important global benefit.

Canadian LNG can play a key role in reducing global GHG emissions by displacing coal-fired electricity generation in China, India, Southeast Asia, and parts of Europe. Seventy per cent of China’s emissions – which account for more than one-quarter of global emissions – are generated from coal-fired power production.

Canada’s contribution to reducing global GHGs must be recognized domestically and internationally and count toward our commitment under the Paris Agreement through offset credits.

Article 6 of the Paris Agreement must be finalized to enable countries to share offset credits, called Internationally Transferable Mitigation Outcomes (ITMOs), between participating nations. This was debated extensively in December 2018, but the United Nations Conference of the Parties only reached draft decisions.

The discussion will continue at their next meeting later this year. The Canadian government needs to take a leadership role in finalizing the negotiations on ITMOs, and look beyond our borders to take a global perspective on emissions reduction.

It is time for Canada to unlock the potential of our energy industry to achieve full domestic and global benefits. The world needs more Canada.

The path forward must include a clear government commitment to resource development, a competitive fiscal environment, and an efficient regulatory system enabling new projects to be approved and constructed in a timely manner.

CAPP is calling for the government to withdraw Bill C-48, which proposes a tanker moratorium on a significant portion of Canada’s West Coast. It would block Canadian petroleum products from traveling those waters and getting out to new markets.

Ironically, Bill C-48 will only block the export of Canadian-produced petroleum products; it cannot stop foreign vessels from carrying the same products through the same waters.

Bill C-48 also creates new barriers to Indigenous economic opportunity and self-determination. Groups such as the Eagle Spirit Chiefs Council, the Indian Resource Council, and the National Coalition of Chiefs have all expressed concerns.

The federal government’s proposed Bill C-69 – under Senate review – is also problematic. This overhaul of the regulatory approvals process will only make the system more complicated, unless significant changes are made to Bill C-69.

New pipelines and the expansion of existing infrastructure are critical to the future of the industry. Market access constraints must be resolved.

We need seize opportunities to diversify Canada’s oil and natural gas markets. The bottom line is, we need to be competitive on a global scale to achieve the things we all value – responsibly produced resources that benefit Canada and the world.

With a background of over 15 years in political and corporate communications, Stacey has managed media relations for several high profile Canadians, as well as run several large scale media centres at political conventions.
She has also managed people, teams and budgets to accomplish strategic political and corporate goals.
Stacey has an extensive media network, and with exceptional analytical skill, has provided news analysis and media strategy to former Prime Ministers, Premiers and other elected officials, as well as corporate executives.