The longest bull market in history may finally be over 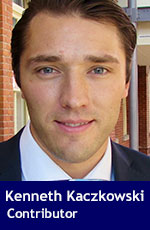 While the western world celebrated the Christmas season, the stock markets showed signs of distress.

One would expect that after this historic rally of the Dow and other U.S. indices, traders and investors would be joyous. But many investors are increasingly wary as fears mount for what 2019 may have in store.

This year has been very challenging for investors. At the beginning of the year, markets were at all-time highs and believe to be headed higher. Despite a downturn in February, due to a spike in the volatility index, markets continued to edge higher until the beginning of October. That’s when things started heading south.

Downturns in the market are to be expected – in fact, key observers have been calling for such a turn for two years.

An in-depth look at the markets shows numerous recent issues – valuations, debt levels and global macro problems – that have been building over time. As physicist Sir Isaac Newton said, what goes up must come down. This principle also hold true in the market.

The market downturn of the past month could be the start of a down cycle and the early stage of a recession. But it shouldn’t be a surprise to investors: the signs were everywhere that the longest bull market in history was coming to an end.

Wall Street had a great run over the past nine years: the longest bull market in history started in March 2009 and ran through to the end of September 2018. During this period, the Dow Jones industrial average quadrupled.

The new year will be very challenging for investors. Fundamentals start to matter again, since the buy-anything rally is over.

This was evident when the world’s largest-ever biotech initial public offering (IPO), Moderna Therapeutics, went public on Dec. 7. It raised more than $600 million with a valuation of $7 billion. Then, on the first day of trading, the stock fell more than 20 per cent. It’s currently down 41.2 per cent.

This demonstrates that investors might finally be questioning what they’re buying.

In the new year, we should expect lower markets and increased volatility. And the downturn could be substantial, since many first-time investors – especially in exchange traded funds (ETFs) – can sell their holdings at the click of a button.

Beyond that, algorithms are driving the market down even further.

Long-time investors suggest that nothing in the market right now makes sense. I think they’re right insofar as it’s important to really understand the role of fluid world events in determining investment opportunities and problems.

In the meantime, investors should consider holding more cash.

During a bear market, things might not always make sense. But as long as proper due diligence is done, and the risks are thoroughly evaluated, performance can still be positive.

Kenneth Kaczkowski is an investment analyst in Munich.