Canada can supply oil and natural gas to world markets for decades, while driving down emissions and bolstering our economic recovery 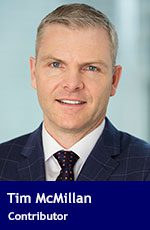 Imagine a global $800-billion natural gas and oil investment market and the opportunity that represents for Canada.

Canadians should be very interested in what it would mean for our country’s economic recovery if we market the strengths of our vast natural gas and oil industry, and capture an increasing share of those billions of investment dollars annually.

Recent projections for future global energy demand include the International Energy Agency’s World Energy Outlook 2020. In its commonly cited Stated Policies Scenario, the IEA projects oil demand will increase by five per cent by 2030 and six per cent by 2040 (from 2019 levels).

Most forecasts, including IEA’s, anticipate a rebound in global oil demand post-COVID-19. That will lead to a plateau in the next decade where oil demand remains at or near historical levels – around 100 million barrels per day – through 2040.

And who better than Canada – a leader in environment, social and governance performance – to provide stable and affordable oil supply?

A stable supply of oil shouldn’t be taken for granted. Even under scenarios where demand plateaus, investment in the order of US$390 billion every year will be required to ensure upstream oil production from worldwide sources can meet demand. This investment is needed to sustain production from existing fields and to develop new fields necessary to offset declines from current sources of production.

The latest World Energy Outlook expects Canada will be a key supplier, with oil sands production projected to increase 13 per cent by 2030 and 11 per cent by 2040. This is largely in line with the Canadian Association of Petroleum Producers’ (CAPP) analysis of forecasted Canadian crude oil production.

Canada can supply oil to world markets for decades, while continuing to drive down emissions intensity and bolster this country’s economic recovery.

Natural gas production in Canada is projected to grow by 11 per cent by 2030 and 21 per cent by 2040. This sustained growth is driven by growing demand for liquefied natural gas (LNG), especially in India, China and Southeast Asia. Canada has an enormous opportunity to help meet this demand by developing our extensive natural gas resources and exporting LNG to growing markets.

IEA projects that meeting the world’s need for oil and natural gas to 2040 will require an investment of $750 billion to $800 billion each year for the next two decades.

If Canada can capture just five per cent of that market, some $40 billion annually would flow into our country. That will facilitate growth in the industry, which in turn generates jobs and government revenues, and supports advanced technologies that improve environmental performance.

Achieving the growth projected by the IEA for Canadian oil and natural gas would result in 120,000 additional permanent jobs, a $45-billion increase in gross domestic product, and a $7.5-billion-a-year increase in government revenues. This is according to modelling completed in 2018 by a joint working group involving industry and the federal government.

The $800-billion investment opportunity is massive. By comparison, it’s expected the worldwide capital investment needed to develop renewable energy sources, while still impressive, is less than half that at about $366 billion.

Canada’s track record on environment, social and governance, and emissions reduction performance can, and should, be our competitive advantage.

Our natural gas and oil producers need government action and clear support – a signal to the international community that Canada is worthy of investment.

Tim McMillan is president and CEO of the Canadian Association of Petroleum Producers (CAPP).