Vision, not ideology, will lead Albertans into the future

Alberta’s leaders need to recognize that technology is changing everything, everywhere, and fast. Here's a roadmap 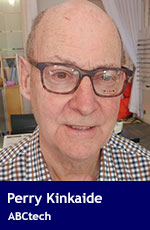 The Alberta election on April 16 will be won or lost on the basis of how Albertans view its economy. A pivotal part of that is the health of the province’s associated innovation ecosystem.

In March, the Alberta Council of Technologies Society (ABCtech) and Economic Developers Alberta (EDA) together surveyed more than 500 business and community leaders, and academics about Alberta’s economy. The findings were troubling.

Members told us that Alberta’s economy is not diversified enough to weather shocks in the oil industry. And there’s little evidence that things are improving. Changes in the oil and gas industry have had a negative impact on every region and every industry and profession, and limited the ability to finance Alberta’s public services.

Respondents feel Alberta’s economic resilience remains weak – particularly in the Calgary region and northern Alberta. The only meaningful improvement was shown in southern Alberta since the semi-annual survey was introduced in 2015.

Alberta is vulnerable because it remains overdependent on its raw carbon industries and markets – particularly in oil and gas, and more recently agriculture. One need look no further than the devastating financial consequences farmers face as a result of the politically motivated trade dispute with China over our canola.

On the positive side, cannabis investments in southern Alberta are providing a rare ray of economic light.

Our economy’s vulnerability has been exposed by the many shocks to Alberta’s oil and gas industry. These include competitors elsewhere developing new shale technology, the restricted access to markets as a result of interminable delays in the construction of pipelines, and the United States achieving energy self-sufficiency.

Perhaps the most harmful impact of all, however, is the labyrinth of regulations, lack of social licence, and operational complexities that are driven by political ideologies.

All of these factors conspire to discourage corporate investment and, as a result, we’re seeing a decline in the creation of meaningful full-time jobs, continued layoffs and the highest unemployment rate of any province in the country.

We also asked our members what role government should play in diversifying the economy. Members listed, in order:

Fully 87 per cent of members also agreed that an effective innovation ecosystem is essential to diversifying Alberta’s economy. Yet the vast majority of respondents view the innovation system as weak and not improving.

What can be done?

Our members told us that party ideologies have failed and will continue to do so. Instead, Albertans need vision and leadership.

Alberta governments in the 1980s spent spent billions of dollars on diversification projects and failed. Then, the province was forced to spend years in debt-bailout. The incumbent government has proposed value-added processing of oil and gas and pipelines. That may or may not improve revenues, but does nothing to wean Alberta off oil.

Instead, Alberta’s leaders need to recognize that technology is changing everything, everywhere, and fast. For that reason, it’s vital to support innovation with policies and the development of collaborative networks for creating a new economy in Alberta. It’s a role that ABCtech and its alliance members have embraced. Here’s a roadmap:

Technology has changed the world so completely that the solutions of the past are irrelevant today. If we embrace change and adapt, our province can once again be a leader for the world.

Perry Kinkaide is founder of the Alberta Council of Technologies Society.