From Alexandre Bissonnette to Stephen Paddock to Nickolas Cruz to many more, the connections are chilling 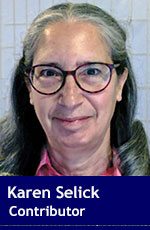 The sentencing hearing for Alexandre Bissonnette (the Quebec man who has pleaded guilty to committing mass murder in a mosque) has been disclosing new details each day about what led up to that tragic event in January 2017.

Portions of his initial interrogation have been released on video. Be forewarned: it’s disturbing to watch someone speak so irrationally. He knows what he has done but claims it wasn’t wrong.

The headlines have focused on Bissonnette’s anti-immigrant zealotry and his bizarre statements that his actions would somehow prevent terrorism, save his family’s life, or the lives of 300 other people.

However, buried within a few stories are tiny nuggets of information that should be – but aren’t – creating just as much concern: that Bissonnette was on psychiatric medications at the time of the massacre.

He told the interrogator that he was taking the anti-depressant Luvox, but it “wasn’t working” so his doctor switched him to a different prescription drug, Paxil, about three weeks before his murderous rampage. He said he “thought the pills would fix the problem but … they made it worse.”

This would come as no surprise to psychiatrist Peter R. Breggin, MD, author of Medication Madness: The Role of Psychiatric Drugs in Cases of Violence, Suicide, and Crime. His 2008 book describes case after case of individuals with no previous history of criminality who committed horrifying, violent acts shortly after starting on psychiatric drugs, or shortly after changing their dosage, either upwards or downwards.

Breggin has been researching and writing about antidepressants and other psychiatric drugs since the 1960s. He has authored or co-authored 18 books on related subjects, and has been recognized as an expert witness in many lawsuits involving the deadly impact of pharmaceuticals.

He says in unqualified language, “Every psychiatric drug impairs brain function.” The adverse effects mentioned in his book include irritability, severe agitation, hostility, aggression, impulsivity and mania – what he sums up as “a prescription for violence, as well as suicide.”

Although problems first started emerging in the 1990s, it wasn’t until 2004 that the Food and Drug Administration (FDA) – the U.S. agency in charge of ensuring the safety and efficacy of drugs – began requiring drug manufacturers to place a black-box warning on antidepressant labels, notifying consumers that antidepressants increase the risk of suicidal thinking and behaviour in children and adolescents. The warning was later expanded to young adults up to age 24.

However, Breggin thinks individuals of all ages are at increased risk, and that it’s only the cozy relationship between the FDA and the “psycho-pharmaceutical complex” that has spared drug manufacturers from having to disclose the full dangers, as well as the lack of efficacy, of their products.

Breggin is a maverick but is no longer alone in his views. Other prominent medical doctors who agree with him include Dr. Kelly Brogan, Dr. David Healy (both psychiatrists) and Dr. Ann Blake Tracy.

One thing we know for sure is that there were very few incidents of people perpetrating mass shootings before the 1990s. These days, mass murders have become so tragically commonplace that it’s difficult to keep them all straight in our minds. Significantly, the use of prescription antidepressants began to skyrocket in the 1990s, with sales in U.S. dollars tripling that decade, then tripling again since 2000.

Just Google “list school shootings prescription drugs” and you’ll find long lists of them, including many of the most notorious massacres.

One of the earliest mass school shooters, Eric Harris, participated in the murder of 13 people and the injuring of 21 more at Columbine High School in Colorado in 1999 before committing suicide. He had been taking the antidepressant medication Zoloft and had recently been switched to Luvox. His co-murderer Dylan Klebold was reportedly taking Paxil and Zoloft.

Andrea Yates, who drowned all five of her children in a bathtub in 2001, reported that Satan had commanded her to do so in order to save them. She had been taking the antidepressant Effexor. A warning about “homicidal ideation” was later added to the drug’s label.

Stephen Paddock, the shooter who killed 58 people in Las Vegas in October 2017, was known to have received a prescription a few months earlier for “an anti-anxiety drug that can lead to aggressive behaviour.”

The recent Florida school shooter, Nikolas Cruz, who is charged with killing 17 people and wounding 17 more, was also reported by family members to be on medication for mental or emotional difficulties. Details of his prescriptions have not been disclosed.

The pharmaceutical industry has paid millions of dollars in damages to the victims of drug-induced rampages or their survivors. Following a trial in 2001, a jury required GlaxoSmithKline, the maker of Paxil, to pay damages of $6.4 million.

These days, most such cases are settled before trial and settlement recipients are required to sign secrecy clauses before they’re paid. This prevents an airing of the damning evidence that would generate further bad publicity for psychiatric medications.

It may also be the reason why the public is so quick to point to bigotry or lax gun laws as the problems behind mass murders, instead of considering the possibility that dangerous prescription drugs helped tip the perpetrator over the edge into violent madness.