So why do less than 40% of students on First Nations reserves graduate? 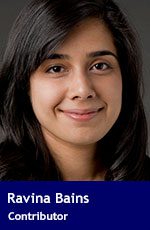 According to our research, when comparing the overall operating expenditure for elementary and secondary students living on reserve to that of Canadian students attending provincial public schools, on-reserve students receive about the same amount (on average) as other Canadian students. In fact, more than $1.6 billion is spent annually on more than 100,000 First Nations students who live on reserve. On average, $14,342 was spent per on-reserve student in 2012/13 compared to $12,070 spent on students attending provincial schools in Canada.

In other words, on-reserve education funding is comparable to Canadian public school funding. What isn’t comparable, and deserves more attention, are the standards and outcomes on reserve.

First Nations schools do not have minimum statutory targets for basic skills such as reading and writing. And they are not governed by overarching statutory requirements to meet basic educational standards that allow students on reserve to achieve recognized high school diplomas following the completion of Grade 12.

As the National Panel on First Nation Elementary and Secondary Education for Students on Reserve pointed out: “the education ’system’ for First Nation students on reserve is a far cry from any system that other Canadians would recognize in terms of its equivalency with the legislative provisions . . . or the degree of input, accountability, and democratic governance most Canadians take for granted.” In other words, although the funding between on-reserve and provincial public schools may be comparable, the outcomes for First Nations schools on reserve are far from comparable.

However, there are some positive exceptions found in First Nations schools on reserves.

For example, in 1998 the First Nations communities in Nova Scotia entered into a legislative agreement, the Mi’kmaq Education Act, to create accountability measures, reporting requirements and other standards for on-reserve schools. Since implementing this agreement, the number of students receiving high school diplomas and enrolling in post-secondary programs has increased in First Nations communities in Nova Scotia. In fact, the graduation rate among Mi’kmaq students rose by more than 17 per cent over four years (2008 to 2012), and by 2012/13 was over 87 per cent.

And in Saskatchewan, the Whitecap Dakota First Nation partnered with the local Saskatoon Public School Division to provide education services on reserve that are comparable to the provincial public schools.

With graduation rates currently below 40 per cent on reserves in Canada, reforms are needed for First Nations education. But we should turn our attention to outcomes and accountability measures that govern on-reserve schools – and not just funding, because, as the research shows, current funding for on-reserve students is comparable to students attending provincial public schools.

And merely investing more money into a broken system, without policy reforms, may not help increase the quality of education and graduation rates on reserve.

Ravina Bains is the associate director for the Centre for Aboriginal Policy Studies at the Fraser Institute.