Free speech is under attack, but Jordan Peterson stands firm

By Andrea Mrozek on October 20, 2016Comments Off on Free speech is under attack, but Jordan Peterson stands firm

We must be free to think and speak in Canada. If University of Toronto's Jordan Peterson can’t do it with tenure, then who can? 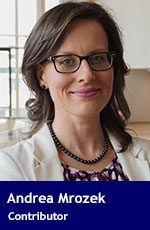 Freedom of speech and thought are in peril in Canada. The attacks on Jordan Peterson help demonstrate that.

Peterson, a psychology professor at University of Toronto, launched himself into the public eye recently by expressing concerns about the growth of state authority and diminishing freedom related to transgender activism.

Make no mistake, this is about freedom – of speech and thought, not sex or gender.

Start with the new legislation.

Federal Bill C-16, which would add attacks on gender identity to the list of prosecutable offences in the Criminal Code, is merely the tip of the iceberg.

Ontario Bill 77, which passed unanimously, constrains how the counselling profession treats patients by outlawing payment for therapy intended to “change or redirect the sexual orientation or gender identity” of people who don’t want to identify with their biological sex.

In Quebec, Bill 103 ensures that youth 14 and older can change their gender and their name without the consent of parents.

In Alberta, Bill 10 legislates language in schools as regards a child’s choice of gender – a choice which can be hidden from parents, if the child so chooses.

Love it or hate it, the new legislation delineates new areas of government power where families formerly reigned supreme.

But these laws cannot be easily enforced. Gender fluidity centres on personal feelings, which are unknown to others, and sometimes unknown even to one’s self. It’s impossible to make clear and enforceable laws on such a premise.

How did we get here?

Some argue the growth of the transgender movement is the result of the radical individualism that marks our age. In the absence of communities and families that self-regulate, government steps in and regulates for us.

Robert Putnam’s Bowling Alone was one of the first attempts to document the de-institutionalization of society. He took his title from the dramatic decrease in recreational adult sports leagues, but the decline is equally visible in service clubs, religious congregations, voluntary associations in schools and hospitals, and even at the level of informal socializing among neighbours.

As institutions like family and marriage have also declined, so too have duty, sacrifice, honour and freedom waned as ideals. These have been replaced with authenticity and self-fulfilment.

The new values aren’t all bad. Still, this is where the loss of freedom comes in.

Authenticity and self-fulfilment, without balance, result in radical autonomy, which separates us from one another. What feels liberating for a tiny minority is atomizing for the vast majority. Instead of being able to share basics like “Hey! She’s a girl,” we are turned into individuals sharing space, with little to nothing in common.

Can a man, with or without surgery, hormones and cosmetics, declare himself to be a woman, or vice versa? Few people begrudge Bruce Jenner the right to identify as Caitlyn privately. Yet many sexual revolutionaries begrudge those of us who seek the right to point out that a woman is not simply a man in makeup. Or the right to point out legitimate fears around how creativity in the gender spectrum will be abused.

In this climate of legislating morality (for what are these bills if not that?), most are terrified of talking about any aspect of the transgender issue.

The fact that Ontario’s Bill 77 passed unanimously is not a rare instance of multi-partisan agreement. It’s fear. Fear of the backlash or social censure as your views are twisted into something they are not: a disdain for people who are different.

The amount of social engineering to get everyone onside with progressive notions on gender fluidity is enormous. For every true believer there are many more immigrants whose escape from tyranny abroad did not include the desire for state-sanctioned indoctrination into radical sexual autonomy. Curtailing the freedom of parents from a diversity of cultures to teach their children they are their biological sex tramples on the most intimate of realms.

Those who believe gender is infinitely malleable and who assert that the state should coerce agreement would be wise to remember that every call for Peterson’s resignation or for his re-education proves his point.

We must be free to think and speak in Canada. If Peterson can’t do it with tenure, then who can?

Andrea Mrozek is the director of Cardus Family.

Andrea is a Troy Media contributor. Why aren’t you?