Repeating the cycle of racism through education 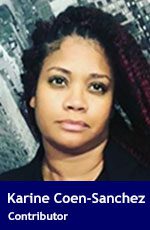 “Where are you from?” I was asked.

“No! I mean where are you really from?”

I never understand that question and why my answer isn’t sufficient. I have to explain my heritage and the reasons why I don’t fit the prototype of what a Canadian person must look like.

Somehow, I can’t be both Black and Canadian. I must position myself in a way that doesn’t ruffle white Canadian fragility and its definition of Blackness.

It’s this kind of all-too-common experience that regularly reminds me that there’s a gap in the Canadian education system that prevents Black Canadians from being both Black and Canadian.

It’s past time for this to change. Students at all levels need more opportunities to learn about race, not only in textbooks but also through experiential education. Teachers and professors need more institutional support to do this and do it well.

Black Canadian history education in elementary, middle or high school only happens in February (Black History Month), and seems to be dominated by the study of U.S slavery! Canadian Black history is erased – it never existed, therefore a Black Canadian can’t exist within a white Canadian society.

Of course, this isn’t true.

Canadian historian Afua Cooper talks about slavery as Canada’s best-kept secret. Concealed racism is in the fabric of our education system and the strategic ignorance has an impact on Black students’ academic progress. This limits students’ reflexivity, critical thinking and understanding of multiculturalism in Canada. As a country, our collective consciousness is unable to understand racialized Canadians because our existence is erased from the very beginning of our educational journeys.

As I recall my academic journey from elementary to high school, I’m reminded that my teachers never taught subjects related to Black Canadian scholars, Black historians and their contribution to the Canadian culture. I never learned about:

I learned that my skin doesn’t permit me to be fully Canadian. There’s a distinction between my citizenship and the colour of my skin, reinforced by psychological gaslighting and polite racism.

Now I observe my children’s invisibility in the school system and their collective consciousness manipulated by false stereotypes, and I see them being placed at risk of a self-fulfilling prophecy. The lack of discussion of anti-Black racism in the Canadian educational system is a covert form of systematic racism contributing to the cycle of racism.

Today, as a PhD student, I also see ingrained racist structures in our post-secondary system preventing students and professors from openly engaging in anti-racist discussions. I recently conducted a survey with racialized university professors across Canadian universities. Alongside some very troubling results about these professors’ experiences of racism throughout their careers, they reported a lack of support when it comes to addressing issues of race and racism in the classroom.

One respondent said: “I self-censor and self-police extensively. I am keenly aware of the broad grey area” when asked: has there been any restriction on developing your course syllabus?

Another respondent answered: “I no longer teach certain texts on the history and theory of race and racism, or on certain political and social conflicts because of the risk.”

Professors are not only victims of racism; they’re also not provided with the support or the tools to encourage classroom inclusivity. With the lack of resources available for racialized professors in Canadian post-secondary institutions, the cycle of racist curriculum and structural racism will continue.

There are solutions. We can draw on the rich work of racialized educators to do better. Educator, activist and theorist bell hooks writes about the importance of a transgressive approach in education where educators can teach students to ‘transgress’ against racial, sexual and class boundaries in order to achieve freedom. The underlying philosophy is that education is a practice of freedom. She explains teaching as a performative act and teachers as catalysts who invite everyone to become more engaged.

Paulo Freire, likewise, understands education as a practice of freedom, discusses the importance of dialogue between the oppressed and the oppressors, and argues that oppressors must be willing to rethink their way of life and to examine their role in oppression if true liberation is to occur.

Drawing on these kinds of writers, educational institutions could support experiential education approaches on race and racism that focus on reflection and introspection, and that teach learners to make explicit their usually unconscious social reactions and behaviours in various contexts.

This kind of learning could be supplemented by efforts like citizen-science community mapping projects to help students understand racial, cultural and religious differences. In this way, smartphones, tablets and computers can becomes tools that help young people reflect on how they interact with different races and deconstruct what they learned through the media and what remains in textbooks written by elites.

The possibilities are endless.

We’re educated to absorb social stereotypical behaviours and reactions. The subconscious is the guiding force in our social perception of various races.

But stereotypes can be unlearned. Social conditioning such as self-policing and self-censorship can be unlearned through reflection, introspection and transformative learning.

Nevertheless, I believe that through collaborative community engagement and learning we can overcome these structural barriers.

I no longer want to be a victim of structural racism but rather a victor who contributes to fundamental academic change.

Karine Coen-Sanchez is a PhD student in Sociology at the University of Ottawa.

Karine is a Troy Media contributor. Why aren’t you?