By Special to Troy Media on June 4, 2020No Comment

U of A biologists lead effort to identify lakes, hills and peat lands where species stand a better chance of survival 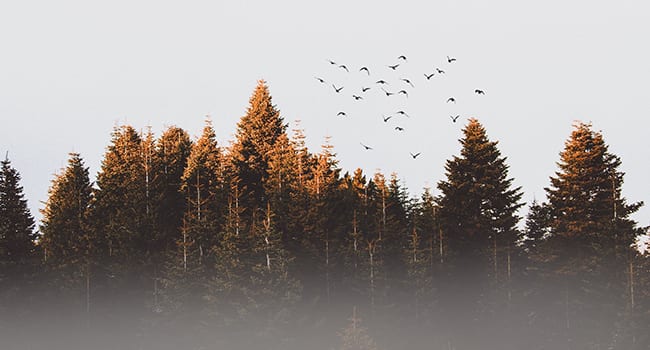 North America’s boreal forests are warming and drying from climate change. But they still hold places that can offer refuge for plants and animals, according to University of Alberta scientists who have taken the lead in creating a guide to identify those areas.

The information about these sheltered places known as climate-change refugia – including large lakes, shaded slopes and ancient peat lands – can be used by regional experts to create detailed maps and management plans for conserving northern forested areas, said University of Alberta biologist Diana Stralberg, who led the study published in Frontiers in Ecology and the Environment.

“Our framework can serve as a road map for conservation and land-use planning, and represents a tool to manage biodiversity more efficiently in a changing and uncertain world,” said Stralberg.

“We are trying to find those areas where things are changing a bit more slowly and where plants and animals have more opportunity to survive, whether they are already living there or could shift into those areas.”

The framework was created by 30 researchers from universities, government organizations such as the Canadian Forest Service and other groups across North America, who combined their expertise in everything from permafrost to wildfires to learn more about refugia.

“We looked at areas that will remain cooler and wetter in a warming world, like the shores of large interior lakes, large peat land complexes and north-facing hillsides. These are areas where we can buy time for cold-adapted species like spruce trees and caribou to adjust to climate change in the near term.”

Identifying these areas for conservation is important given that the North American boreal region, which represents 16 per cent of the world’s forests and is an important storehouse for carbon, is experiencing rapid changes from wildfire, drought and permafrost thaw driven by global warming, she added.

The framework created through the study can also help identify knowledge gaps that will drive further research about refugia, including University of Alberta studies about post-wildfire changes to Alberta vegetation, and mapping of mountain refugia in the Yukon.

Though the idea of refugia from climate change isn’t new – many species have survived multiple ice ages that way – applying the concept to future human-caused climate change is a novel approach that’s taken hold over the last decade.

Researching these pockets of protection is a bright spot in the fight against climate change, Stralberg added.

“It’s a nature-based climate solution that helps minimize ecological damage and in some ways can even slow climate change. If you protect the peatlands, for instance, that contributes to carbon sequestration. So it’s a win-win.”

The study was conducted with support from the Wilburforce Foundation and the Canadian Forest Service.

This article originally appeared in the University of Alberta’s online publication Folio.