Is dam removal the wave of the future? 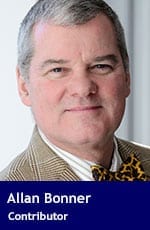 Urban studies researcher Richard Florida has made a reputation with a lot of interesting ideas, many of which are controversial. One of his ideas is that people like to live near water, and that leads to prosperity in cities located on rivers, streams, lakes and oceans.

My perspective on this theory is that settlers to North America had little choice but to live near water for hundreds of years. Waterways were the transport systems. And few settlers hacked their ways through dense woods to cut down trees, make a clearing and settle there.

Lakes, rivers and streams were also a source of drinking water and fish. Rivers and streams turned wheels to grind flour and then later to generate electricity. This was all a good deal for about 300 years, long before Richard Florida.

My rebuttal is just a witticism compared to research about property values in New England. It turns out there’s another obvious point about waterways. They were not only our transport system, but also our sewers and industrial waste removal systems for hundreds of years.

I often wondered why cute houses on rivers turned their back doors to the water. In an interview, economics professor Lynne Y. Lewis of Bates College in Lewiston, Maine, explained that these waterways were often dirty and smelly as a result of industrial activity.

Lewis has published research with Craig E. Landry of the University of Georgia with even more bad news: Property values can be adversely affected by the presence of a waterway. “(H)omes closer to the rivers were of lower values and tended to face away from the river.”

Being close to a dam created an even bigger penalty for property owners. Is this always the case?

It’s a good guide but a mug’s game to transfer the findings of one study on one river to another. There may be other factors, such as the type of housing, nearby schools, access to transport and so on. But it appears that property owners can be hurt when they live near dams and industrial rivers.

In other published research, Lewis and Curtis Bohlen, from the University of Southern Maine, note that there are about 75,000 dams more than two metres high in the U.S. Oddly, “very little research attention has been paid to smaller dams and especially small dams at the end of their lives.”

Most people may not think of dams as having a life that ends. But silt builds up behind them and shifting water levels change the temperature of the water, which harms fish. No silt downstream provides less protection during storm surges.

In addition, turbines wear out. Some turbines decapitate fish. Concrete deteriorates. Fish ladders and other passageways sometimes don’t actually allow fish to pass. Others injure the fish. They worked in the design stage but not so well in reality.

And even the electricity is cheaper to produce with a solar panel.

Lewis and Bohlen cite the World Commission on Dams, which says there’s been great benefit from dams, but in “too many cases, an unacceptable and often unnecessary price has been paid to secure those benefits.”

But Lewis and Landry also found that when a dam is removed, the economic penalty paid for living near it is reduced or disappears.

Dams are a frequent subject of study in New England, perhaps because it’s one of the earliest parts of the continent settled by Europeans. Samuel G. Roy of the University of Maine has written about how to “balance trade-offs among dam infrastructure, river restoration, and cost.”

Roy and his research colleagues point to the current trend to river restoration and dam removal. In the region, 14,000 dams have been built, modified or rebuilt in the last 300 years. He notes that 600 of these dams would be a high hazard to those living downstream if they breached.

To say that the trade-offs are complex is an understatement. The big one is between electricity and the living things in a river. It turns out some dams can be removed with no loss of electrical generating power, because there are more efficient dams upstream. And removing a dam can bring a 38 per cent increase in biomass – fish and other living things. In another calculation, a 13 per cent loss of power generation can come with 88 per cent of biomass restored. That sounds like a good deal.

There are other factors, naturally. Who owns the dam? Does it require a licence to operate? Who uses the power? What are the recreational possibilities?

Researchers on the other side of the continent help validate the trade-offs that Roy calculated.

Ed Whitelaw is an economist at the University of Oregon and Ed MacMullan is a project manager and economist at ECONorthwest. Their data show that “necessary structural repairs would have cost 1.7 times the cost of removing” one dam studied.

They point to a similar set of complex trade-offs: the costs of a dam, positive and negative effects on job opportunities, who wins and who loses, and how close stakeholders live to the dam. How can a dam built to create jobs and prosperity have a negative effect on jobs?

Jobs in the power plant may eliminate jobs in the fishery or tourism.

With all of our fixation on industry, it seems we’ve missed a point or two.

These researchers have found that one of the “biggest gains” in the thousands of jobs might result from tourism and recreational fishing.

We can never be absolutely sure that one study will yield a similar result across the continent or even on another nearby river.

But one thing seems sure: people go to the coasts and waterways to see whales, otters, sea lions and fish, not usually hydro dams.