What global warming? How about global cooling 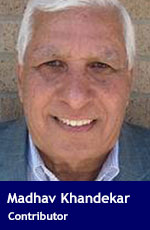 It’s been a long winter.

I should know. I’m a former climate research scientist at Environment Canada. And I was an expert reviewer for the United Nations’ International Panel on Climate Change (IPCC) and its 2007 Climate Change Report.

The wintry weather held its grip over most of Canada well into April, from Vancouver to St. John’s, as snow, freezing rain, ice pellets and ferocious winds hammered everyone. A few noteworthy wintry tales:

This year’s winter could be the longest, snowiest and coldest in 40 years.

Eastern Europe experienced one of the coldest spells in early February 2012, with low temperatures in parts of Czech Republic falling to -40C and leading to several dozen deaths.

In January 2017, a killer cold snap gripped eastern Europe and in particular parts of Romania, where 73 deaths were blamed on the brutal cold snap.

This past winter, the “Beast from the East” in late February brought -62C conditions to parts of Siberia, one of the heaviest snowfalls in Moscow (45 cm) with low temperature at -17C, and an unusual cold spell in France on Feb. 26 and 27, 2018. The Beast was an outbreak of extreme cold air over Europe from Siberia. A similar cold outbreak produced -40C conditions in parts of Czech Republic in early February 2012.

Over North America, the winter of 2013-14 was one of the longest, coldest and snowiest on record. There were several thousand cancellations of airline flights across U.S. and Canada, and major delays in road transportation and in the construction industry.

According to a report by the U.S. Department of Commerce issued on April 30, 2014, the U.S. economy grew by a minuscule 0.1 per cent against a projected increase of about 1.2 per cent. A similar downturn in the economy of three to five per cent was reported for Canada. Using appropriate gross domestic product values, this translates to about an US$100-billion shortfall in growth for the U.S. economy and about C$25 billion to C$30 billion for Canada.

Against this backdrop, Canadian federal and provincial politicians are pushing carbon taxes and carbon pricing in order to stop global warming. What global warming?

What’s being achieved by levying a carbon tax? Won’t it cool the Earth’s climate further, since most environmentalists blame increased levels of CO2 for the warming of the climate?

It’s time for Canadians to take a closer look at the changing climate in Canada, instead of simply clamouring for reducing greenhouse gas emissions. Reducing carbon dioxide levels in Canada will have no measurable impact on the Earth’s climate.

Canadians need to accept the fact that human CO2 emissions are not responsible for changing Earth’s climate.

Dr. Madhav Khandekar holds a PhD in meteorology from the Florida State University and an MSc in statistics from Pune University India. Khandekar has been a weather and climate scienctist for over 60 years and has published more than 150 papers, reports, book reviews and scientific commentaries. He lives in Toronto.

Madhav is a Troy Media Thought Leader. Why aren’t you?

Madhav Khandekar is a former research scientist from Environment Canada and is presently on the editorial board of the Journal of Natural Hazards (Kluwer). He is an environmental consultant on extreme weather events and a scientist with the Natural Resources Stewardship Project. He has worked in the fields of weather and climate for nearly 50 years and has published more than 120 papers, reports, and book reviews and a monograph on ocean surface wave analysis and modeling (Springer-Verlag 1989). Khandekar is one of the external reviewers for the Intergovernmental Panel on Climate Change’s 1997 Fourth Assessment Report.