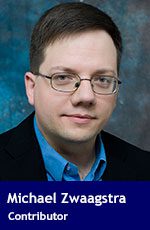 If you’ve been around for a while, you probably remember the phrase “politically correct.” Being called politically correct was not a compliment. Instead, it meant that you had an unhealthy obsession with not offending anyone, even if you had to say some rather silly things in the process.

For example, instead of saying husband or wife, you’d say partner so you didn’t imply that being married is better than living together common law. Or you might avoid phrases such as “ladies and gentlemen” so that you don’t offend the non-binary people in the room. Political correctness also meant tossing out classic books and authors that used unacceptable terminology by modern-day standards.

Woke ideology places such a strong emphasis on personal identity that it sees everything through the lens of race, gender, and sexual orientation. This ideology makes it possible to call others privileged without knowing anything about them. Hence, we hear terms such as “white privilege” or “cisgender privilege.”

Obviously, people are free to hold whatever woke beliefs they want. The problem arises when we try to make everyone else conform to our assumptions about identity. When woke ideology takes over our schools, it moves from being merely annoying to downright toxic.

In addition, woke ideology tends to twist normal words and phrases into something completely different. For example, being anti-racist used to mean that you were opposed to all forms of discrimination based on skin colour. Now, anti-racism has become an ideology that sees all people through a racial prism.

Thus, when anti-racist consultants conduct workshops, one of the first things they do is divide participants up according to their race. They want everyone to be acutely aware of the widespread prevalence of white supremacy, even if no one in the room has ever said or done anything racist. When anyone objects to being stereotyped in this way, the presenter accuses them of exhibiting “white fragility,” another common woke phrase.

The irony is that woke ideology is supposed to be about inclusion. However, in many cases, it drives people apart. When a teacher sends the message that some students benefit from white privilege while others are ongoing victims of systemic racism, it’s hard to see how this creates a productive learning environment. The same is true of classrooms where teachers focus on gender identity by having all students declare their personal pronouns on a regular basis.

It’s important to remember that while schools play an important role in society, parents remain the primary educators of their children. If parents feel that teachers do not respect their values or are constantly pushing woke ideology on their children, they will quickly lose trust in the school system. This is one of the fastest ways to undermine the public education system in Canada.

There is nothing wrong with teachers ensuring that all students feel safe in the classroom. It makes sense to stamp out racist comments and educate students on the importance of respecting their classmates, including those with different gender identities. Bullying has no place in the school system and should never be tolerated by teachers or principals. All students have the right to a safe learning environment.

However, pushing woke ideology on students is ineffective in combatting bullying. There is no need for all students to think the same way or hold the same beliefs. All that is necessary is a willingness to treat other people with respect. Good teachers have always been kind, yet firm, when it comes to upholding the basic rules of decorum.

Students should never feel pressured to conform to any teacher’s political ideology or worldview. When teachers push woke ideology in their classrooms, they are indoctrinating students rather than educating them. Everyone knows there is a huge difference between teaching students how to think and teaching them what to think.

Woke ideology doesn’t belong in schools. All students deserve a learning environment that is free of political indoctrination.