How to address social inequality without an inheritance tax

Ideas about taxing, restricting or abolishing your inheritance have been floated by western social thinkers for centuries 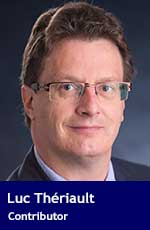 Should Canadians be taxed on inheritance? The question is increasingly being asked, but the answer is not straight-forward.

This discussion is inherently linked to maintaining inequality from one generation to another – and basically to a skewing of the playing field of life from the start.

Such debates aren’t new. In fact, they centre on values and concepts at heart of liberal democracies.

Should our laws focus on promoting equality of opportunity and social justice? Or should they support the individual freedom to bequeath and the individual right to dispose of one’s property?

From the Enlightenment to the First World War, French social theorists were much interested in questions that are still with us today.

Political philosopher Montesquieu (1689-1755), who inherited a large estate and fortune from one of his uncles, remarked that “Natural law commands to fathers to feed their children, but does not oblige them to make them their heirs.” Clearly, the author of the Spirit of the Law (1748) squarely sided with the view that inheritance laws are appropriate for society to maintain an equilibrium.

French philosopher Jean-Jacques Rousseau (1712-1778) was more egalitarian. He held that, while inequality is unavoidable, placing limits on the inheritance of wealth is necessary for society. For Rousseau, the legislator can and must regulate the intergenerational transfer of wealth through laws in a manner that reduces inequality in society.

During the tumultuous French Revolution, the Count of Mirabeau (1749-1791) went even further. He rejected testamentary freedom based on the idea that it promotes “inequality in the ownership of domestic goods.” According to Mirabeau, property was to be limited to a lifetime and then reverted to the state upon a person’s death.

More recently, but only a little less extreme, was the view of Emile Durkheim (1858-1917), one of the fathers of sociology. To reduce inequality, he proposed the discontinuance of inheritance, which he considered an archaic and perhaps even immoral practice. To Durkheim, the surplus from one generation to another shouldn’t revert to the state. Instead, he said it should go to a now-outdated form of intermediary social institution that he called “corporations” (akin to professional guilds), which would manage and redistribute these surpluses.

Clearly, ideas about taxing, restricting or abolishing inheritance have been floated by western social thinkers for at least 300 years.

In the current socio-political atmosphere where ‘tax’ is a dirty word that politicians avoid pronouncing as much as possible, it’s unlikely that we’ll see significant legislative reforms in the direction promoted by the authors mentioned above.

In the meantime, those of us who care about this problem still have a solution. It’s possible for each of us to enjoy the testamentary freedom of privately disposing of our wealth by choosing to include beneficiaries such as charitable institutions (a form of intermediary social institution).

We might do so in the hope that such institutions will contribute to correcting social inequalities instead of reproducing them.

Luc Theriault is a sociologist and acting chair of the Economics Department at the University of New Brunswick-Fredericton.