Call for papal apology an affront to religious liberty 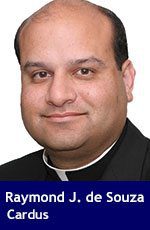 Parliament will set back both truth and reconciliation if it passes a motion proposed by Charlie Angus, the NDP MP from Timmins-James Bay. He wants Canada’s Catholic bishops to invite Pope Francis to visit Canada to apologize for the role of the Catholic Church in residential schools.

The Truth and Reconciliation Commission (TRC) included a papal apology on Canadian soil among its calls to action.

Last month, Pope Francis said that he would not come to Canada to offer an apology but if he did visit at some point, an encounter with Indigenous Canadians would be a top priority.

Angus pronounced himself unsatisfied and therefore wants the House of Commons to demand Catholic bishops invite Pope Francis to appear in Canada and offer contrition.

Recently, the motion failed to win unanimous consent to pass without debate, so it will return for debate and voting.

In the meantime, I should make clear some facts.

The TRC made a serious mistake in calling for another papal apology, disregarding the papal apology offered by Pope Benedict XVI in 2009, and accepted then by the chief of the Assembly of First Nations as “closing the book” on apologies. The demand for another apology undermines the sincerity and reconciliation achieved the first time.

Also, the various Catholic entities involved have already fulfilled their responsibilities to the residential schools settlement. They have done all that they had committed to do and more. And the Canadian bishops have released a detailed account of what has been done since the early 1990s, when the first Catholic apology was made.

Regarding the motion – speaking only for myself, and not for any bishop, let alone the bishops as a whole – Angus and other MPs must understand it’s not Parliament’s business to tell the Catholic bishops of Canada what they should or should not do in their relations with the Pope.

It is a monstrous misunderstanding of the relationship between political power and civil society.

If Parliament wants to invite Pope Francis to Canada, let it do so. (Prime Minister Justin Trudeau already has, like Stephen Harper before him.)

But it’s not for the Parliament of Canada to presume to tell pastors how to shepherd their flock. It is not, for that matter, for Parliament to tell the Boy Scouts how to run their affairs, or how Ducks Unlimited should formulate its policies or dictate what position the cattlemen’s association must take on bovine flatulence.

The Canadian bishops should politely inform Angus that if the House of Commons asks them to invite the Pope to Canada, then they will precisely advise the Holy Father not to come until the offensive resolution is rescinded, lest there be any confusion about the relationship of church and state.

That’s the issue of jurisdiction.

To the substance of the matter, it’s more than galling for Parliament to be lecturing others on residential schools. The government of Canada was the principal actor in the residential schools project from start to finish. It has no moral standing to instruct others on how to address their involvement in it.

Finally, let me say what the bishops of Canada are too gentlemanly to say. Why would Canadian Catholics invite Pope Francis to visit Canada to be greeted by a federal prime minister who thinks people like Pope Francis ought to be disqualified from applying for government grants?

Notably, Angus voted with the government last month in support of the attestation clause in the Canada Summer Jobs Program funding agreement. Angus apparently finds it congenial to tell religious Canadians what they should think and do. But why would Catholic bishops think that kind of hostile behaviour should be rewarded with a papal visit?

Angus’s motion is wrong on jurisdiction, wrong on substance and wrong on timing. And it’s certainly wrong on its results, for it will frustrate the very reconciliation that he professes to desire.

Call for papal apology an affront to religious liberty added by Cardus on April 22, 2018
View all posts by Cardus →