Populism some call it, but the consequence in many regions around the world has been a slippage into autocracy 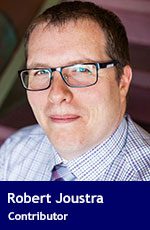 In 1972, Mitchell Sharp, Canadian secretary of state for external affairs, famously penned his Third Option doctrine. It was not exactly anti-American but it was American-anxious.

The idea was to reduce Canada’s vulnerability to swings in mood and trade from the United States by diversifying our economic, cultural and political relations, especially toward rising powers like India and China.

That was the dream of then-prime minister Pierre Trudeau’s foreign policy and it’s one that his son, current Prime Minister Justin Trudeau, certainly gave a college-try.

We can savour some of the little ironies in Canada’s now largely dead bilateral relations with China. At least one is that extradition is at the centre of the drama for both countries. When Canada – despite embarrassing hemming and hawing, an ambassadorial dismissal or so and not inconsiderable foreign pressure – finally decided to honour its extradition treaty with the United States in the case of Meng Wanzhou, it was a final blow to any lingering hopes of a China Third Option.

Saudi Arabia already proved that Canada was ready and willing to be the autocrat’s punching bag, not so much because what we were saying was wrong (the assassination of Jamal Khashoggi certainly proved that), but because our moralistic hectoring of our closest allies meant they were willing to hang us out to dry. This fact, a hard truth for canola and pig farmers in Canada, is now a life-and-death matter for former Canadian diplomat Michael Kovrig and Canadian businessman Michael Spavor, both imprisoned in China for alleged espionage.

Extradition was also the triggering incident for the months-long protests that have swept Hong Kong. When in March of this year Chief Executive Carrie Lam and Hong Kong’s Legislative Council introduced a proposed extradition law, it was hard to predict this would be the tipping point. Yet Hong Kong residents, who’ve long laboured under the tick-tock anxiety of the 1997 one-system-two-governments treaty, received the law with fresh alarm.

The extradition law could effectively empower the kind of strategic disappearances and easy repressions that have become a sad hallmark of Chinese politics, reinforced over the last decade. Is it an overreaction on Hong Kong’s part?

I doubt the Uighurs, oppressed as they are in China, would think so.

This is maybe the crucial difference between what we’re seeing in Hong Kong and the Arab Spring(s) of the 2010s. Undoubtedly there is a serious, moral relationship between these ‘revolutions,’ including questions of democratization, the rule of law, even the relationship between the secular and the sacred. But unlike in the Arab Spring, there’s the added wrinkle of an increasingly belligerent global power flexing its jurisdictional autonomy over territory that in 2047 is slated for complete consolidation. Geopolitically, the Arab Spring was violent, but the Hong Kong revolution is dangerous.

The incredibly intense backlash against the global liberal order, hardly an exclusively Chinese pastime, is fast becoming rule rather than exception: Russia, India, Myanmar, the Philippines, Brazil, Hungary, Turkey, the list goes on. Populism some call it, but the consequence in many regions has been a slippage into autocracy.

What’s unfolding in Hong Kong is about far more than a regional power settling post-colonial scores. It’s about the constitution of international order. The question of whether China can accommodate its rise to that order now seems almost quaint: Whose order, we might immediately ask?

Stuck in the middle, Canada has had some choices to make and made them look rather harder than most Canadians would wish.

Canada has an enviably optimistic history of trying to build political and economic relationships with the bad boys of the international system: the Soviet Union, Cuba and others. That it tweaked the United States was always a salacious bonus.

But unsavory as many Canadians may find the current occupant of the White House in the United States, it doesn’t seem that there’s a reasonable debate about whose order and which laws Canada might wish for in the international system.

Diversification is a great economic temptation, and usually even good trade policy, but it’s not good foreign policy. We should be watching Hong Kong very closely, with a real stake in the outcome. It’s the world and its order that will be remade before our eyes.

Dr. Robert Joustra, a political science professor at Redeemer University, wrote this article originally for Convivium, a publication of the think-tank Cardus.

Robert is a Troy Media contributor. Why aren’t you?