Nothing in the Liberal platform will move Canada forward. Rather, it will hold us back, and may break us up 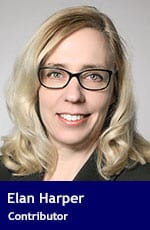 Instead of “Choose Forward,” it seems the Justin Trudeau Liberals’ rallying cry should be “Go Back.”

Historic economic problems related to high deficits and debt, low productivity and competitiveness, common decades ago, are resurfacing. The threat to national unity hasn’t been this strong since the first Trudeau (Justin’s father, Pierre) was in power.

The Justin Trudeau Liberals have tried to paint the Conservatives as extremists, perhaps to distract from the Liberal Party’s sharp move to the left, a move which threatens many of the hard-fought fiscal gains the Liberals made under Jean Chretien. In contrast, the Conservative Party has stayed the course, becoming Canada’s lone centrist party.

And it did. The Chretien Liberals kept their promise, eventually eliminating Canada’s annual deficit. Flash ahead to 2019, and the Conservatives are the only mainstream party with a credible plan to balance the books. In the 2015 election, the Trudeau Liberals promised to balance the books by this year, but failed. They now plan to run deficits for the next four years, increasing the country’s annual interest expense by $35 billion, further straining the country’s ability to fund services Canadians rely on. The Liberals’ plan puts at risk the health care and social services the Chretien government worked so hard to protect in the ’90s.

Although the Liberals have tried to label the Conservatives racists and bigots, in reality when one of the Conservative candidates made offside comments, they were dismissed immediately. Trudeau, of course, ended the political careers of several Liberals accused of “me too” moments without waiting to see if the allegations were true.

Yet, he himself has repeatedly engaged in what many see as racist behaviour, and is reported to have had his very own inappropriate touching moment with one woman. And Trudeau looked the other way when it was revealed that Jaime Battiste, a Liberal candidate for the “safe” Nova Scotia riding of Sydney-Victoria, was forced to apologize for posting racist, homophobic and sexist comments on social media.

The Liberals suggested that, as a practising Catholic, Scheer would impinge on the rights of Canadian women to choose abortion. Yet Scheer has been clear that he will not impose his personal beliefs on Canadian women, and as prime minister will maintain the status quo with respect to Canada’s abortion laws.

The Liberals have also brushed over a series of scandals, such as the SNC Lavalin affair, and the demotion of Jody Wilson-Raybould, the indigenous Attorney General who dared to stand up to the PMO.

The Liberals have drifted a long way from the days under Chretien, when the party consistently recognized small businesses as a major engine of growth in the economy, and reduced EI premiums and cut red tape. The current Liberal government did provide limited tax relief for certain business owners, yet they also demonized small business owners as tax cheats, and added layers of taxation complexity.

Perhaps most concerning is the evolving alliance of the far left. Included in the NDP’s recent release of their “costed” platform, were measures not previously seen in their “un-costed” platform. A number of these new provisions were also in either the Liberal or Green platforms. This growing alignment lays the groundwork for a three-way coalition of the far left.

If this leftist trinity becomes a reality, the combined rush to ever larger deficits threatens Canada’s hard-won economic stability. Further, the resurgence of the Bloc in Quebec, the brewing revolt from several provinces against the Trudeau government’s imposition of a carbon tax, plus a growing western separatist movement fueled by the Liberals’ failure to advance pipelines, all point to the birth of a new national unity crisis.

Nothing in this platform will move Canada forward. Rather, it will hold us back, and may break us up.

Elan Harper is an MBA and LLM candidate, who works in the area of international tax as a principal with Moodys Gartner Tax Law. Her misspent youth as a political hack included a stint working for Stephen Harper during the 1990s.

Elan is a Troy Media Thought Leader. Why aren’t you?

Elan Harper is an MBA and LLM candidate, who works in the area of international tax as a principal with Moodys Gartner Tax Law. Her misspent youth as a political hack included a stint working for Stephen Harper during the 1990s.