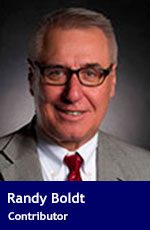 Prime Minister Trudeau has “trademarked” the line “diversity is our strength,” but his idea of diversity seems to be related to only skin colour, costumes (for which he is fond), and food. It definitely does not include more fundamental elements found in a diversity of languages or thought.

Canada is targeting 400,000 immigrants per year. Some people are advocating for even more to offset our declining fertility rate of fewer than 1.5 children per woman. The overwhelming majority of these immigrants will not speak English or French as their first language. Instead, they bring a variety of languages to our country: Tagalog, Hindi, Chinese, Punjabi, Farsi, German and Spanish.

As noted in a recent Stats Canada publication, the use of French at home, even in Quebec, is declining, while other languages have surpassed it in all other provinces. The languages most often spoken in Manitoba are English, Tagalog, Punjabi, and German, with French in fifth spot. Given the current immigration trends, French will soon be surpassed by Chinese, Hindi, Spanish, and Urdu.

Canadians who have visited Australia, New Zealand, the U.S. or the United Kingdom may have noticed that, in these countries, government services are often provided in other languages even though English is their official language. None of these countries take in as many immigrants as Canada, yet all offer official services in languages other than English.

This begs a very important question: How can we be a cultural mosaic if there are virtually no services provided to our immigrant population in anything but English and French?

As the French language becomes less important in the lives of Canadians, the federal government seems to be doubling down in trying to ensure that most federal civil servants can communicate in French. The government increasingly focuses on hiring civil servants able to communicate in French, staff promotions are often based on the ability to speak French, and bonuses are paid to French Language speakers. The federal government insists that, as a country, Canadians must do better in speaking and communicating in French even though, over the last 30 years, fewer and fewer Canadians speak French.

Globally, only about one per cent of the world population speaks French as a first language, slightly less than those who speak Korean or Turkish.

In my international travels as a government bureaucrat, I visited many embassies and was surprised that almost every Canadian Embassy and Consulate was filled with French-speaking diplomats. In most embassies, the diplomatic offices were short of Canadians who could speak the local language. This means that Korean or Arabic Canadians were not employed as diplomats. Instead, the embassies needed to rely on local staff to fill positions that should be reserved for Canadians due to confidentiality and security issues.

Canada needs to adopt a policy to recruit and train diplomatic personnel who can speak, read, and write in other languages (such as the U.S. and the UK). As well, Canada should consider delivering services in other languages. For example, if a local population has more than four per cent of people whose first language is not English, the federal government should consider providing services in that language.

These two policies would open opportunities for our immigrant populations and would do more than provide lip service to our aspirations to be a multicultural country.

Randy Boldt is a senior fellow at the Frontier Centre for Public Policy.