The dangerous, violent seeds of the communist revolution were being sown in Canada 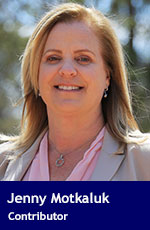 This month marks the 100th anniversary of the Winnipeg General Strike, the most dramatic moment in our nation’s labour history and one highly romanticized ever since 1919. All of this romance seems to have caused people to forget what was really at stake.

In 1919, the communist movement was gaining ground in Europe and elsewhere. Similar class tensions and potential violence were apparent in 1919 Winnipeg.

Three significant events were a prelude to the Winnipeg General Strike and together made clear the intention of the strike committee.

A well-attended meeting at Winnipeg’s Walker Theatre in December 1918, co-sponsored by the Trades and Labour Council and the Socialist Party of Canada, heard speakers denounce capitalism and demand that Canadian troops be withdrawn from the expedition to fight communists in Russia.

The chairman, Winnipeg Ald. John Queen, then called for three cheers for the Russian Revolution. The meeting ended with deafening cries of “Long live the Russian Soviet Republic! Long live Karl Liebknecht (a German communist leader)! Long live the working class!” A telegram of congratulations to the Bolsheviks was to be sent (mere months after the shocking murder of the Russian royal family).

Another meeting at Winnipeg’s Majestic Theatre held by the Socialist Party of Canada also whipped up discontent. Labour organizer R.B. Russell paid homage to revolutionary leaders Karl Liebknecht and Rosa Luxemburg, who were murdered in Berlin, and local socialist leader Sam Blumenberg called on workers to overthrow the capitalist system.

The Western Labor News thundered: “When the workers take control they will form a dictatorship which will give the same order to the owners of the world that Lenin gave to the capitalists of Russia: obey or starve!”

And in March 1919, the Western Labour Conference opened in Calgary with a large delegation from Manitoba. The conference called for the formation of One Big Union, the ultimate weapon in the labour arsenal. The delegates also unanimously demanded the replacement of capitalism with industry controlled by workers’ soviets (councils).

Among the motions passed without a dissenting voice was one placing those present “on record as being in full accord and sympathy with the aims and purposes of the Russian Bolshevik and German Spartacan Revolutions.” Moreover, fraternal greetings were to be sent to “the Russian Soviet government, the Spartacans in Germany, and all definite working-class movements in Europe and the world, recognizing they have won first place in the history of the class struggle.”

Russell was dispatched back to Winnipeg to carry out “propaganda” on behalf of these resolutions.

The economic situation in the year following the end of First World War was difficult for many in Winnipeg. Prices had risen sharply during the war years of 1914 to 1918, much more sharply than wages. And factories that once produced goods for the war effort were closing, throwing employees out of work.

Against this backdrop, the strike leaders recruited these unhappy workers.

So in May 1919 when the Winnipeg General Strike was launched, the world was in turmoil and Marxist revolutionaries were in the midst of a bloody rebellion. Local labour leaders praised Bolshevism and used the language of class warfare.

The strike committee immediately sought to usurp the government’s authority by requiring anyone wishing to carry on business to seek and secure the permission of the committee.

The Winnipeg police, sympathetic to the strikers, only remained on the job at the request of the strike committee.

The strikers secured all forms of communication: newspapers except for the Western Labor News were shut down, along with the telephone system and mail delivery.

What the counter-strike Citizens’ Committee of One Thousand and the federal government of Prime Minister Robert Borden opposed was not fair wages or a 40-hour work week. They stood against communism, the usurping of constituted authority, the muzzling of free press, and the destruction of the British Constitution with its liberties and democracy.

With the benefit of 100 years of hindsight, we know that while some saw communism as a romantic idea, it has in fact resulted in atrocities such as the Holodomor and the Tiananmen Square massacre. Indeed, many of our ancestors (mine included) came to Canada to escape exactly that kind of danger and oppression.

So yes, let’s celebrate workers’ rights and solidarity (as we do each Labour Day). But let’s not go so far as to romanticize communism.

Instead, let’s celebrate living in a free and democratic society where peace, order and good government prevail.

Jenny Motkaluk, of Ukrainian background, is the Manitoba director of Private Partnerships and Engagement at the Frontier Centre for Public Policy in Winnipeg.

Jenny is a Troy Media Thought Leader. Why aren’t you?

Jenny Motkaluk is a business development consultant based in Winnipeg, MB. Her work focuses on sales, revenue generation, and collaborative engagement for clients across Canada.