How the federal government has warped the battle against racism

Canadians believe in equality and compassion; we don’t believe in pitting one group against another 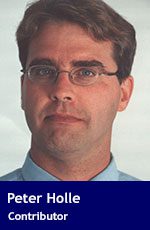 Canada has always prided itself on being one of the most open and least racist countries in the world.

This view may not have always been true, particularly when it comes to our past immigration policies, which only became colour neutral in the 1960s. But since then, and continuing today, the vast majority of our immigrants have been what are now referred to as people of colour (a highly pejorative term that hopefully will soon become unfashionable).

The recent absorption of so many newcomers of different backgrounds, races and religions is no small feat. No other country in the world has brought in such high levels, as a percentage of its population, of people from a variety of places in such a short period – and done so successfully.

Most countries never even attempt this experiment – and for many nations, even small numbers of racially mixed newcomers often bring with them massive waves of ghettoization, riots and unbridled racism.

It’s impossible to find another country that has been able to do this – or even close to this – without societal upheaval. Think Brexit in the United Kingdom, riots and insurrection in the United States, burning refugee camps in Greece – to name but a few recent examples.

In Canada, despite being way outside the norm in accepting so many people in such large numbers, we’ve largely been successful in doing this and should be proud of it.

What have we done right to make this happen?

We have embraced our multicultural origins and have promoted a cultural mosaic rather than a melting pot. In Canada, we take pride in our different backgrounds and celebrate them for generations, unlike in the U.S., which has historically encouraged everyone to become Americans as soon as possible.

And unlike the U.S., we’ve made a point of banning racial information from most government forms. You’re not asked what race you are on a driver’s licence, birth certificate, school enrolment, marriage certificate or even criminal record checks. For the most part, governments have been – and remain – colour blind to your race. In the U.S., they break most statistics down according to race, noting every small difference and outcome.

Our current Liberal government wants to change that, starting with the premise that only white people can be racist. This comes directly from the federal government’s most recent in-house training on anti-racism, in which they say that prejudice against a race is only considered racist if it’s from a white person. Hard to believe, but true.

Anyone who has travelled extensively has encountered severe racism in its ugliest forms. This is the kind that sees Yazidis killed en masse by Islamic extremists, or India’s caste system preventing low-caste people from even talking to so-called elite castes, or Jews and Christians all but gone in most Middle Eastern countries.

Unlike the period before Prime Minister Justin Trudeau’s government, when immigrants were told that everyone is equal – men and women, Black and white, rich and poor – the new message is that only white people can be racist, as they hold all the power.

The problem is that this facilitates the racism and prejudice that so many left behind in their home countries, and which we’ve historically tried to eliminate from their new life in Canada.

We’ve worked hard as a country over many decades to minimize newcomers’ importation of their homeland’s racial prejudices – only to find that, in the prime minister’s Canada, they’re told these prejudices are no longer racist and that only white people can be racist.

They have come to Canada hoping to find a country of equality and freedom and find an increasingly race-obsessed administration that’s trotting out racist tropes and pitting everyone else against white people.

This can’t work. It’s wrong and must stop. Canadians believe in equality and compassion; we don’t believe in pitting one group against another.

We need to call on all government officials – elected or otherwise – to resist this terrible movement in our country. We must relish our belief in equality and not let a few woke individuals try to take that away from us.

If Canada doesn’t believe in equality, then what else is there to believe in?

Peter is one of our contributors. For interview requests, click here.