Is the fractured Conservative Party ready for an election?

The conservative intellect is lost in the proverbial forest 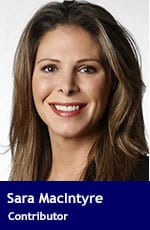 It’s officially silly season, with campaign-style announcements, candidate nominations, and parties ramping up fundraising and logistical planning, signalling a federal election is on the horizon.

Incredibly, Teflon-Trudeau remains high in the polls, with a two-dose summer has Canadians spending and optimistic about the future, making it a perfect time to pull the plug on an already recessed parliament. And with the appointment of Mary Simon as our new Governor General, I’d bet my bottom dollar the Prime Minister makes the trip to Rideau Hall to dissolve this minority government before the end of September.

But what are the prospects for Erin O’Toole and the Conservative Party of Canada (CPC)? In a word, bad.

The new leader has struggled to find his way through to the average voter amid the Covid-19 pandemic. An Abacas poll in early July found that only 33 per cent of those surveyed thought O’Toole ‘gets people like me.’ That’s a troubling trend if the CPC wants to harness any of the populist vote that Ontario Premier Doug Ford earned with his majority win.

O’Toole is unknown and his likability has stalled. Many of his fellow conservative-minded premiers are in lockstep against his proposed carbon tax and unlikely to give him a shared platform to garner support in their respective provinces. The Wexit movement is strategically running candidates in ridings that will siphon off the Conservative base, splitting the vote on the right. Even in CPC strongholds, the Wexit base threatens seats that have been blue for decades.

The Bloc Quebecois remains popular and, if the latest fundraising numbers are any indication, la belle province will once again shut out the CPC. That leaves vote-rich Ontario to win or lose the election.

According to recent polls, the CPC prospects remain grim. An Ipsos poll at the end of June pegged O’Toole’s voter support at 26 per cent and Trudeau and the Liberals at 38 per cent.  Given the CPC’s inability to attract urban voters in the Greater Toronto Area (GTA), Vancouver and Montreal, and O’Toole’s appeal plateauing, it’s safe to say that urban ridings will mostly be a contest between the NDP and Liberals.

The expected Liberal majority needs to trigger a larger debate within the CPC – beyond the usual defensive excuses of it being the leader’s fault, a faulty campaign strategy, opposition attack ads or the oft-cited media bias (yawn).

I remember, with nostalgia, the days when conservatives forcefully engaged over principles and discourse at conferences and summits: There was a veritable buffet of thought leaders, think tanks, public policy advocates and grassroots organizations that worked together to keep ideas fresh and modern, yet grounded in principles.

A compendium of Trudeau’s scandals

The conservative movement is fractured, to say the least. Brokerage, pragmatism, regionalism and old party cleavages have left the conservative intellect lost in the proverbial forest. Let’s heed the lessons of the past and not blame the usual suspects should the CPC fail to deliver voter growth in the next election.

Rather, we should invest our time, energy and passion into re-building the intellectual and principled infrastructure for the Conservative Party and the conservative movement. If not, we risk being relegated to opposition ranks, flitting from leader to leader until Canadians of all strips (finally!) grow tired of the corrupt Liberals.

Sara MacIntyre is President & CEO of Vuca-Sera Inc. and a policy analyst for the Haultain Research Institute.