Emotions and politics: the lessons of the Kavanaugh hearings

How are emotions mobilized in politics, for whom and by whom? And what normalizes the expression of these emotions? 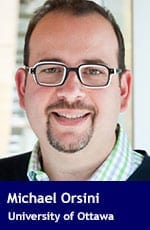 The fallout from the confirmation of President Donald Trump’s U.S. Supreme Court pick, Brett Kavanaugh, riveted people on both sides of the border and provides ample evidence that feelings can become weaponized in politics to uphold white male privilege.

In his blistering, scripted opening statement to the Senate Judiciary Committee, Kavanaugh performed the role of the aggrieved party, a white man under siege, caught in the grips of a Democratic “hit” egged on by the Clintons. He grimaced, he bristled at questions that he disliked, pursing his lips as if to contain the mounting explosion of rage within.

In response to questions about his judicial temperament, his defenders fired back, saying that anyone who was being falsely accused of sexual assault would have behaved in a similar manner. In other words, men whose authority is being questioned, who are poised to take up one of the most privileged positions at the apex of American justice, have every right to get good and mad.

In response to a question from Sen. Amy Klobuchar about whether he had ever blacked out from excessive drinking, Kavanaugh grew irritable and spat back at the Senator: “Have you [blacked out]?” When Klobuchar asked again: “Could you answer the question, judge?” Kavanaugh responded: “Yeah, and I’m curious if you have.”

Prof. Christine Blasey Ford’s performance was emotional, too, but the reaction to her testimony and her general demeanour didn’t operate according to the same standards applied to Kavanaugh. He was applauded for fighting back and being a man just like his Twitter-hungry president. As one commentator explained of Blasey Ford, “Pretty credible, pretty likable, pretty believable.”

“There was another kind of testimony taking place on Thursday,” the commentator added. Ford engaged in the kind of labour to which women have grown accustomed: worrying about other people’s feelings. Apologetic about neglecting some of the details, not only was she “pretty credible” during what must have been a painful time, she devoted some of her energy to making her questioners feel comfortable, “making things – for everyone else, if not herself – a little easier.”

Noted sociologist Arlie Hochschild, in her influential book The Managed Heart, coined the term “emotional labour” to describe the work that women must perform in a range of contexts. Her book focuses on airline flight attendants, who are expected to manage the feelings of their customers. The Kavanaugh crisis is a critical reminder of the persistence of these gendered expectations as they occur in the political sphere.

Kavanaugh need not be concerned about how his blanket denials might be interpreted by the thousands of women who have experienced sexual violence. He did not need think about the pain that might be caused when he explains that he didn’t remember even meeting Blasey Ford because she didn’t move in the same elite private school circles as him. Men of his privilege can be excused for easily forgetting the women who are external to the “in group.”

As a white woman, Blasey Ford benefits from privileges that were never afforded to Anita Hill, who testified 31 years ago against Supreme Court nominee Clarence Thomas. Seen as aloof, Hill apparently didn’t act in ways many believed should befit a legitimate victim of sexual harassment. What’s more, Hill got caught up in what black feminist author Kimberlé Crenshaw calls the “false tension between feminist and anti-racist movements.”

Like Kavanaugh, Thomas was somehow forgiven for getting emotional – and for calling the episode a “high-tech lynching” – because it was particularly stinging for a black man to be targeted by a black woman.

So should we try to banish emotions from political life, even if they fuel our politics?

After all, anger can be harnessed to fight injustice, as countless examples throughout history compel us to appreciate: civil rights, LGBTQ rights, women’s rights. Our lives and our politics are forever structured by how we feel and how we express those feelings.

And we should be wary of suggestions that reason should always prevail over emotion, especially since the recourse to reason has been an exercise to uphold unequal relations of power. As many observers have noted, we reason with emotions.

The critical questions we should ask are not about whether anger is inherently good or bad. But how are emotions mobilized in politics, for whom and by whom? And what conditions serve to normalize the expression of these emotions?

There are no neat lessons to draw from the Kavanaugh debacle. This episode is a stinging indictment of a system that channels white male rage right up to the highest position in the U.S. justice system, leaving a woman who came forward to relive the trauma of sexual assault and to manage her feelings – and death threats – on her own.

Michael Orsini is professor in the School of Political Studies at the University of Ottawa. He is completing a study on the role of emotions in a series of policy controversies. The study is funded by the Social Sciences and Humanities Research Council of Canada.

Michael is a political scientist who is interested in health politics and health policy. He has specific interests in how citizens can affect health policy issues, with a special interest in illnesses that affect marginalized communities, such as HIV/AIDS and Hepatitis C.