Preston Manning continues to offer a guiding light to Canadians 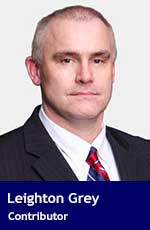 A hallmark of Albert Einstein’s career was his use of thought experiments or “Gedankenexperiment” as a fundamental tool for understanding physical issues and elucidating his scientific concepts. These thought experiments employed his incredible imagination and took diverse forms.

As a boy, Einstein mentally chased beams of light. For special relativity, he conceived moving trains and flashes of lightning to explain his penetrating insights in physics. For general relativity, he considered a person falling off a roof, accelerating elevators, and even blind beetles crawling on curved surfaces.

Einstein’s thought experiments revolutionized the scientific methods and set the governing trends in physics, astronomy, and even geopolitics in the 20th and 21st centuries.

Manning’s paper (he prefers to call it a fictionalized story) might well contain the very best ideas anyone in Canada has had about how to assess the health, economic, social, cultural and political impacts of the COVID-19 pandemic.

More specifically, its focus is on critiquing and even scoring how the government of Prime Minister Justin Trudeau used the levers of power to address what has repeatedly been presented to Canadians as the greatest public crisis of our time.

But how, precisely, can a reasoned inquiry be conducted when Canada has a government under the leadership of Trudeau?

Unfortunately, our scandal-ridden government literally shuts down debate and closes commissions of inquiry into its own unethical and unlawful decisions. Trudeau runs an ethically challenged government that formed an unholy coalition with the New Democratic Party (NDP) in order to prevent any possibility of its unpopular policies sparking a parliamentary no-confidence vote.

Manning answers all of these questions by simply using his imagination.

Manning is, of course,  a student of populist politics who met with a few disgruntled Albertans in a hotel room in the late 1980s and grew that concept into the Reform Party, forming the official opposition in the House by 1993. The Reform Party and its base rescued the Progressive Conservative Party by amalgamating the two conservative camps into a new party that would see Stephen Harper lead this country for 10 years before the Trudeau winter arrived in 2015.

Manning is 80, but octogenarian life has not addled his mental powers. The COVID Commission is a vision of what we Canadians can do to restore sense to our political landscape and place political power back where it belongs – in the hands of everyday Canadians. Indeed, as Manning rightly says, the commission imagines the next phase of what the courageous truckers started during the Freedom Convoy.

So what does the Commission Report say?

At the risk of simplifying it too much, it sets out a three-stage process. First, it posits a privately-funded public inquiry to investigate how the federal government dealt with the challenges of the COVID-19 pandemic.

All aspects are to be considered: health, economics, social policy, non-pharmaceutical interventions, employment and management of vaccines, and others.

Manning readily acknowledges that the Liberals would never commission such an inquiry into their own ineptitude and abuses of power but answers this with the idea of crowdfunding the work of the commission. He posits that if $10 million can be raised to support the truckers, then Canadians can certainly raise this sum to launch the COVID Commission. He also imagines, not unreasonably, that this commission would receive broad populist support so that even the Liberal government would abandon its resistance to participation. Best of all, since the commission would be privately controlled and funded, Canadians would get to decide who sits on that commission and the particular issues it will study.

The second stage involves posing 16 key questions about how the government handled the pandemic. All are questions that rational Canadians, regardless of their political stripe, would want answered. Salient questions are:

Manning then provides hypothetical answers to these questions based on data already in the public domain, often quoting what the Liberal government has said.

The third stage envisions writing a report answering the 16 questions and producing recommendations to ensure that Canadians are never subjected to such callous and calculated abuse by a government again. This stage actively expresses the rule of law that the Liberal government has systemically destroyed.

The COVID Commission champions a practical way that we Canadians can use constitutional conventions to restore some semblance of rationality, sanity and truthfulness to the political state of our nation.

Manning is not an esoteric political theorist. Rather, he’s a serious Canadian who recently wrote Do Something: 365 Ways You Can Strengthen Canada. His politics are based on boots-on-the-ground populism. His conception of a COVID Commission is an ingeniously coherent and eminently practical thought experiment to understand what happened during the pandemic and what should happen in the future when another pandemic occurs. Manning’s ideas would also hold the Liberal government to account, which would be a good thing.

Leighton Grey QC is a lawyer practising in Calgary and a senior fellow at the Frontier Centre for Public Policy.

Indigenous rights litigator Leighton Grey is a senior partner with the firm Grey Wowk Spencer LLP based in Calgary and Cold Lake, Alta. Leighton focuses on criminal law, child welfare proceedings, personal injury and other forms of civil litigation.
He attended the University of Alberta where he graduated with distinction with his Bachelor of Arts in English literature and history in 1989 and earned his Bachelor of Laws in 1992. Leighton was admitted to the Bar of Alberta in 1993, the Bar of Saskatchewan in 2004 and the Bar of British Columbia in 2014.
A Status Indian, Leighton was the recipient of the Government of Canada Legal Studies for Aboriginal People Scholarship from 1989 to 1992. He articled with the Federal Department of Justice in 1993 and began his law career practising with Vital Ouellette, who was appointed Justice of the Court of Queen’s Bench in 2002.
A member of the Queen's Counsel since 2010, Leighton handles criminal law, civil litigation and child protection cases, serves as an adjudicator in Law Society of Alberta disciplinary hearings and has been involved in the prosecution of residential school claims.