10 reasons why I did not detest Stephen Harper 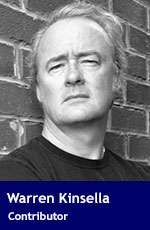 And so it ends, not with a bang, but a whimper.

Late last week, in a secluded part of Centre Block, staff were seen packing up Stephen Harper’s Parliamentary office. Anyone wandering by could see the moving boxes and the packing tape, in plain view. Harper, the 22nd prime minister of Canada, had cast his last vote in the Commons. He was heading home to Calgary.

Harper hadn’t said a word in the Commons since being defeated by Justin Trudeau in the fall. But he had shown up to vote, plenty of times – more than the NDP’s Tom Mulcair, reportedly. Even after that night when Trudeau had strong-armed the Conservative whip – even when the Liberal Prime Minister had elbowed a female NDP MP in the chest, no less – Harper had kept silent. You can’t picture Brian Mulroney ever exercising that kind of restraint.

Harper will soon head off to do what former prime ministers and presidents do – write memoirs, sit on some boards, give some speeches, play golf together. Sleep in.

Unlike some folks, and certainly unlike many Liberals, I did not detest Stephen Harper. There are 10 reasons for this, all of them much more personal than political.

The world did not end with Stephen Harper. Nor was he, as Eliot wrote in J. Alfred Prufrock, “full of high sentence, but a bit obtuse,” ever.

Stephen Harper wasn’t obtuse. He was many things, but never that.

One Response to "Stephen Harper earned my enduring respect"