The Russian blitz may lead to an earlier Ukrainian victory

The Russian President likely anticipated his blitz would undermine Ukrainian morale. It didn't 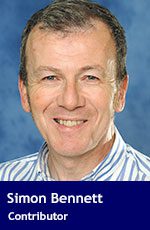 In May 2018, Russian President Vladimir Putin drove a truck across the Kerch Strait Bridge, the Russian Federation’s new link with Crimea, illegally annexed by Russia in 2014. On Oct. 8, 2022, an improvised explosive device, possibly hidden inside a truck, was detonated on the bridge, bringing down a roadway and damaging a freight train.

Putin, apparently infuriated by the attack, ordered a blitz on Ukrainian towns and cities. Former Russian President Dmitry Medvedev framed the blitz as a new phase in the war to cow Ukraine. Chechen leader Ramzan Kadyrov stated he was “100 per cent satisfied with how the war is being waged”.

Although deadly, the blitz, aimed at critical infrastructure, prestige tourist attractions such as Kyiv’s Glass Bridge and civilian targets such as traffic intersections, was, thanks to the country’s improvised air defence network, not as successful as Putin, Medvedev and Kadyrov had anticipated.

The fact that a determined effort was made to destroy, using scarce cruise missiles, the Glass Bridge speaks to the vengeful character of the attack. That Putin took the attack on the Kerch Strait Bridge personally probably says something about his character, state of mind and the performance of his armed forces against a determined foe armed with Western-made weapons.

Despite its reliance on Soviet-era surface-to-air missile systems, the Ukrainian military managed to destroy approximately 50 per cent of the incoming missiles and drones. Ukraine could do more with more modern systems, such as the U.S.’s National Advanced Surface-to-Air Missile System that, apparently, is deployed to protect the Capitol.

The Russian President likely anticipated his blitz would undermine morale and cripple Ukraine’s critical infrastructure. Putin would do well to note that opinion is divided on whether the bombardment of population centres adversely affects morale.

During the Second World War, almost one-third of Germans were subjected to Allied strategic bombing. In June and July 1945, researchers employed by the U.S. Strategic Bombing Survey used a variety of social science research methods to evaluate the impact on German morale of strategic bombing. Researchers interviewed over 3,700 people from thirty-four towns and cities.

The Survey, published in May 1947, concluded that strategic bombing did have an adverse effect on civilian morale. The Survey’s authors observed: “Bombing seriously depressed the morale of German civilians. Its main psychological effects were defeatism, fear, hopelessness, fatalism and apathy … The hate and anger it aroused tended to be directed against the Nazi regime, which was blamed for beginning air warfare and for being unable to ward off Allied air attacks … Disruption of public utilities, and especially of local transportation services by bombing, played an important role in depressing the German people”.

Interestingly, despite an Allied bombing campaign that saw the Americans bomb by day and the British by night, casualty levels remained relatively low. Thus, according to the Survey, “One-half of one per cent were killed by bombing, and one per cent injured.” Putin’s blitz on Ukraine on Oct. 10 and 11 killed few.

In 2004, the academic journal Social History of Medicine published a paper that reviewed a variety of data on the effect on British morale of German strategic bombing, including the use by Nazi Germany of cruise and ballistic missiles – the subsonic V1 ‘buzz-bomb’ and the supersonic V2 rocket.

In their analysis of the impact of bombing on morale, the authors of the Social History of Medicine paper, titled ‘Civilian Morale During the Second World War: Responses to Air Raids Re-examined,’ reached the opposite conclusion to the authors of the U.S. Strategic Bombing Survey.

Addressing the British experience, the authors observed: “In general, the British people responded with fortitude to the aerial assaults of the Second World War, resigning themselves to the dangers while engaging in the war effort. Morale fluctuated, but never broke. Although some individuals lost self-control during raids, large-scale panic was a rare event”.

The relationship between bombing and morale is far from clear-cut. In Ukraine’s case, while the impact on morale of the blitz on Oct. 10 and 11 is unclear, it appears to have energized Ukraine’s soldiers. Even as the blitz progressed, the Ukrainian military took ground from Russian forces in the south and northeast of Ukraine. On Oct. 13, the Russian-installed leader of Kherson Oblast, Vladimir Saldo, advised citizens to evacuate in the face of Ukrainian advances. Ironically for an exasperated Putin, Russian strategic bombing may hasten a Ukrainian victory.

Dr. Simon Bennett directs the Civil Safety and Security Unit at the University of Leicester. He’s interested in the organizational, social, economic and political origins of risk. He has worked with the Royal Air Force and U.K. National Police Air Service on human-factors issues. His latest book, Safety in Aviation and Astronautics: A Socio-technical Approach, was published by Routledge in 2022.