Democracies, even Canada, are beginning to wake up to the threats posed by China 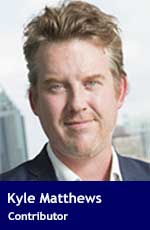 In an end-of-year message to Canadians, Prime Minister Justin Trudeau warned that Beijing was playing democracies off against each other, suggesting the country might begin a much needed policy change to respond to China’s “coercive diplomacy.” Soon after, Canada’s Minister of Foreign Affairs, Mélanie Joly, let it be known that the Trudeau government is developing a new China strategy.

Those who have been advocating for a more muscular approach to defend Canada’s interests and liberal democratic values are no doubt hoping for a major policy change. While it was understandable for the federal government to take a cautious and diplomatic line vis-à-vis China over the past few years due to the imprisonment of Canadian citizens Michael Kovrig and Michael Spavor, the time is ripe for a stronger, more strategic approach towards a country that is not only interfering in our domestic affairs but emerging as a serious threat to international security and the global human rights regime.

Where should the government of Canada focus its efforts? While a multi-pronged strategy is needed, concentrated efforts must be made on China’s totalitarian use of technologies at home and abroad. China is the prime example of how authoritarian regimes are increasingly weaponizing advanced digital technologies to launch disinformation campaigns, engage in widespread surveillance and repression, and export these methods to other countries, while simultaneously working to chip away and alter important norms and institutions.

This behaviour is referred to as “digital authoritarianism.” Experts at the Brookings Institution define it as “the use of digital information technology by authoritarian regimes to surveil, repress, and manipulate domestic and foreign populations.”

Democracies, including Canada, are beginning to wake up to these threats. In December 2021, U.S. President Joe Biden held a democracy summit where over 100 countries met to discuss the global problem of democratic backsliding and how to create new global initiatives focused on using technology to protect human rights. Many foreign policy observers understood the summit to be a clear effort to unify countries to confront an increasingly assertive China.

Canada agreed to support two important commitments emerging from the Democracy Summit. First, Canada signed onto the Export Controls and Human Rights Initiative. Premised on the pervasiveness of cyber intrusion and surveillance technologies used to suppress dissent, freedom of expression, and privacy, the initiative is meant to halt the spread of digital authoritarianism. Through the initiative, like-minded countries will collaborate to strengthen domestic legal frameworks, share information on threats and risks, develop and implement best practices, and improve their capacity to push back.

Second, the U.S. government announced it will develop the Surveillance Principles Initiative in partnership with Canada and Denmark. The effort will focus on how governments should use surveillance technologies in a manner consistent with the Universal Declaration of Human Rights and the rule of law.

For example, many of China’s large tech companies have been accused of facilitating Beijing’s persecution of the Uyghur Muslim minority. The Chinese tech giant Tencent has been accused by Human Rights Watch of aiding and abetting human rights abuses. MIT ended a partnership with the company iFlytek over the same concerns. Voices in Europe have also criticized the European Union for purchasing surveillance equipment from Hikvision, whose technology has been used in Xinjiang.

While the U.S. government has taken steps to sanction Chinese businesses owners and ban some companies from doing business in America, Canada has not taken comparative domestic action. Canada is the only member of the “Five Eyes” intelligence sharing alliance that has yet to ban Huawei from its 5G network. Both Huawei and iFlytek are openly collaborating with Canadian universities on artificial intelligence-related research. It is worth asking why national security and human rights concerns are not presently factored more strongly in Canada’s decision-making process.

Canada needs to develop a stronger, more robust domestic response to China’s digital authoritarianism. There is mounting evidence that Beijing interfered in the most recent Canadian federal election by weaponizing foreign-sponsored digital disinformation that contributed to the defeat of Member of Parliament Kenny Chiu.

Chiu had previously introduced a private members bill, known as the Foreign Influence Registry Act, that had sought to impose “an obligation on individuals acting on behalf of a foreign principal to file a return when they undertake specific actions with respect to public office holders.” He was also a vocal critic of Beijing’s treatment of Hong Kong and had been sanctioned by the Chinese government over his role in calling for an end to the persecution of the Uyghurs.

As more journalists and researchers investigate how Beijing uses and exploits social media platforms in open societies, the more troubling the findings become. Last year Facebook made public that they had discovered a cyber espionage network that was targeting Uyghur human rights activists in many countries, including Canada. The Washington Post, after an extensive review of government and business contracts, reported that “China is turning a major part of its internal Internet-data surveillance network outward, mining Western social media, including Facebook and Twitter, to equip its government agencies, military and police with information on foreign targets.”

All of this is deeply disturbing and requires a coordinated response, both domestically and internationally. An increasing number of Canadians now identify China as the biggest threat to our security, for good reason. From the attack on Nortel to last summer’s Microsoft Exchange hack, there are too many examples of nefarious and ill-intentioned behaviour by the government of China. With public opinion favouring a sharper approach to our relationship with Beijing, it is time to work with our democratic allies to confront China’s totalitarian use of tech.

Kyle Matthews is Executive Director of the Montreal Institute for Genocide and Human Rights Studies and a fellow at the Canadian Institute for Global Affairs.