Artificial intelligence will kill jobs – and create them

Automation increases labour productivity and so raises the income levels of workers, who in turn acquire new skills to use and advance automation 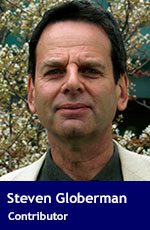 Ever since the Industrial Revolution, the automation of tasks once done by humans has raised fears about machines putting humans out of work and creating mass poverty. Happily, history has repeatedly proven the doomsayers wrong.

While automation has certainly led to declines in entire industries (and employment in those industries), the relationship between automation and overall employment growth has been strongly positive over time.

There are sound explanations for this positive relationship.

One, automation increases labour productivity and therefore raises the income levels of workers.

Resulting increases in income translate into increased demand for all types of goods and services, which obliges businesses to hire additional workers.

Second, automation directly increases the demand for labour skills that are complementary to the development and efficient utilization of new technologies.

For example, consider accounting and spreadsheet software packages that have made labour-intensive bookkeeping and data processing occupations increasingly uneconomical. At the same time, such software has created enormous opportunities for individuals who can use the software to perform new tasks or existing tasks such as project and supply chain management more efficiently.

Notwithstanding historical experience, the latest generation of automation, broadly referred to as artificial intelligence (AI), has many sounding the old alarm bells about machines taking jobs away from humans.

For example, Elon Musk, the controversial CEO of Tesla, warned that robots will be able to do everything better than humans. Crucially, Musk and others who think like him draw a distinction between automation in the past, which was largely about mechanical power replacing human muscle, and AI, which is about making machines both stronger and smarter than humans.

Many computer scientists, including Canadian AI expert Yann LeCun, caution it will take decades to build AI systems that are even close to human-level intelligence. And even as machine-learning technology advances and enables computers to make increasingly sophisticated decisions, new opportunities will emerge for humans to employ automated intelligence to do wholly new workplace activities and do their jobs more effectively.

AI-equipped computers are being used to identify the likelihood of individuals currently or prospectively experiencing health problems using real-time data transmitted from smartphones and wearable devices. This technology frees up time for health-care providers to develop personalized therapy protocols and educate their patients in how best to utilize those protocols.

The data collected is being used to train computers to diagnose and predict health problems. It’s also facilitating the development of new treatment protocols and techniques for managing patient care. This, in turn, is increasing the demand for biologists, statisticians, computer programmers and laboratory technicians, among other occupations.

Leveraging the benefits of automation requires individuals to acquire new skills. However, the extent and urgency of educating and training workers shouldn’t be overestimated. A recent study of 32 developed economies estimated that about 14 per cent of workers might see their jobs entirely restructured in terms of tasks or significantly downsized as a result of computer automation.

There’s also usually a lengthy period between the introduction of an innovation and its widespread adoption. One comprehensive study of 15 major technologies estimated an average lag of up to 50 years between the introduction of technologies and their broad-based use. That suggest new generations of workers will have ample time to equip themselves with the skills needed to use AI technology to their advantage in the job market.

Baseball great Yogi Berra said, “It’s tough to make predictions, especially about the future.” This is a useful reminder amid the dire predictions of Musk and other doomsayers.

History suggests AI will create more and higher-paying jobs for Canadians. That seems a safer guide for policy-makers and employers than predictions about human intelligence getting automated out of existence.